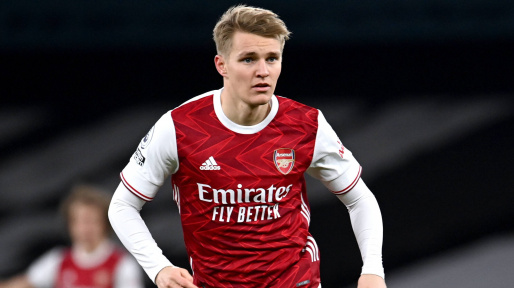 Arsenal midfielder who signed on loan from Real Madrid says he is happy and comfortable with the London team because of the way they treat him.

The Norwegian played an important role in the attack that led to the fourth goal against Leeds United on Sunday.

The 22 years old spoke to the media about his early impressions of Premier League football “It’s a bit different but I think I am adapting pretty okay,” he said.

“The way they took me into the team – my teammates – and how they treated me, as well as the manager and everyone in the club, they helped me since the first minute.

“I feel really comfortable and a part of the team, so it’s been easy to come in to this team because of the way they are and the way they treated me. I’m just really happy to be here and I’m proud to be a part of this team.”