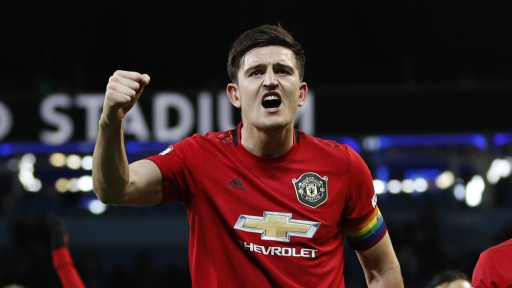 Manchester United captain Harry Maguire seeks winning against the London side Chelsea when they head to Stamford bridge on Sunday.

The skipper scored in the 2-0 win last time United visited the Stamford bridge in the Premier league last season and he is looking forward to another victory this weekend.

Speaking to the media Maguire stated that: “Obviously, Chelsea’s going to be a tough game but we went there last year and won and we’ll be looking to do that again

“They’re keeping their position very nicely and build up really well and [are] not conceding many goals, so it’s a good start [for them]. We’re hoping to spoil that.”

There are lots of changes in the London side since United las visited the Stamford bridge. Former boss Frank Lampard has been replaced by Thomas Tuchel and the Blues have gotten quality players during the summer transfer.

“It’s a great reaction [to the change],” says Harry. “They’re a great group of players with tons of talent with and the money they spent in the summer, they’re starting to gel, starting to tick, but we’ve got to look at ourselves, first and foremost.

“We go into the game full of confidence, full of belief. We’ll make sure we play to the ability of what we’re capable of and go and get the three points.”