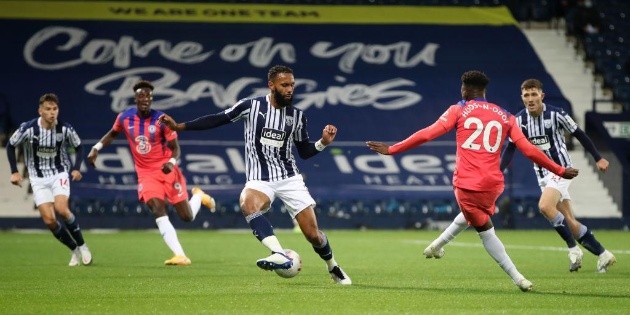 Chelsea will be hosting West Brom at the Stamford bridge in the early kickoff of the game and these are things you should know before the game.

Chelsea’s midfielder Ngolo Kante has been sidelined due to the hamstring injury he picked up during the international duty, he missed their final 2 World cup qualifiers.

Thomas Tuchel confirmed that Germany striker Timo Werner would be available for the match, while Hudson -Odoi, Thiago Silva and Tammy Abraham are all fit to play against the Baggies.

On the other hand, West Brom will be without 21-year-old Conor Gallagher as he is not eligible to play against his parent club.

Chelsea are unbeaten in their last seven premier league games against West Brom, the Blues won 5 games and drew 2 games. Chelsea came back from 0-3 down at halftime to draw 3-3 in their last fixture against the baggies.

West Brom are winless in their last 15 away league games against Chelsea (D3, L12).

Chelsea are yet to concede a single goal in their 5 premier league home games under Thomas Tuchel.

Form in the premier league

Chelsea have won 2 games in the last 5 premier league games, playing goalless draws with Leeds United and Manchester United while playing a 1-1 draw with Southampton.

Chelsea have been in fine form and Thomas Tuchel will want to continue their unbeaten run, on the other hand West Brom didn’t concede too much goals in their last five premier league game.