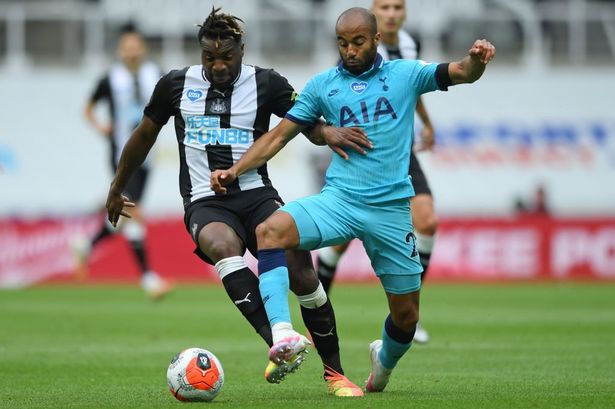 Mourinho’s men will be traveling to St James’ park for their next premier league game and Tottenham will seek to have the whole three points for themselves, but before the game these are the things we ought to know.

Newcastle United have been handed a boost in front as Allan Saint-Maximin is back in training and could feature against Tottenham. Martin Dubravka is also in contention to feature, but Callum Wilson remains a doubt.

Tottenham, meanwhile, have a couple of fresh injuries with as Ben Davies misses out due to a calf injury, he picked up in the last game against Aston Villa while fellow full-back Matt Doherty is ruled out after he picked up an injury during international duty with the Republic of Ireland.

Jose Mourinho has one of his best player Son Heung-min back after missing the last two matches while Sergio Reguilon is also fit after going off injured against Aston Villa. Erik Lamela returns from suspension to hand Mourinho further boost with regard to his attacking options.

Tottenham Hotspur have won 5 of their last 6 away matches against Newcastle United in all competitions.

Newcastle United have failed to win their last six encounters in the Premier League.

Tottenham have won two of their last three league games away from home, more than what they had managed in their previous eight fixtures on the road (W1 D3 L4).

Form in the Premier League.

Mourinho’s men have won 4 matches of their last 5 matches in the premier league, which show that Tottenham hotspurs are in good form.

The Magpies have fail to win 1 game out of their last 5 premier league matches (L2,D3)

With the fine form of Tottenham hotspurs, Mourinho’s side have the upper hand in the game and our prediction will be Newcastle 1-3 Tottenham.