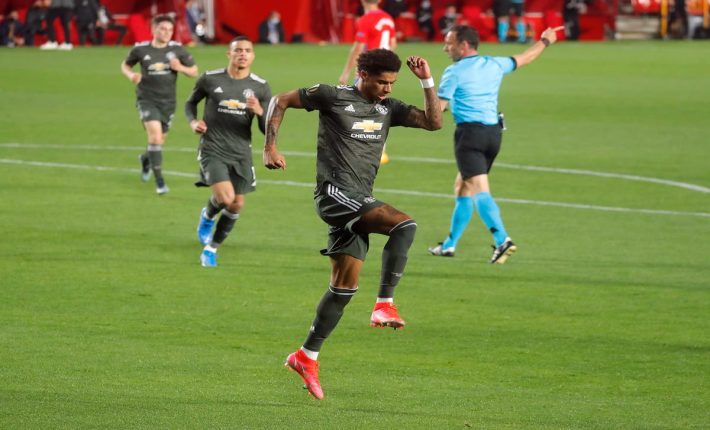 Manchester United beats Granada 2-0 in the first leg of the Europa league in Spain as goals from Rashford and Bruno’s spot kick gives the Reds an edge.

Ole Gunner Solskjaer side found the back of the net in the first half of the game after Victor Lindelof long pass located Rashford before the academy graduate slot the ball past Granada goal keeper.

Fernandes, denied a second goal by a save from Portuguese countryman Rui Silva from close range late on, then netted a stoppage-time penalty after being felled by Yan Brice Eteki.

The winner of the clash will face the winner between Ajax Amsterdam’s clash with AS Roma in which the Italians hold a 2-1 lead from their first away leg which was also played on Thursday. 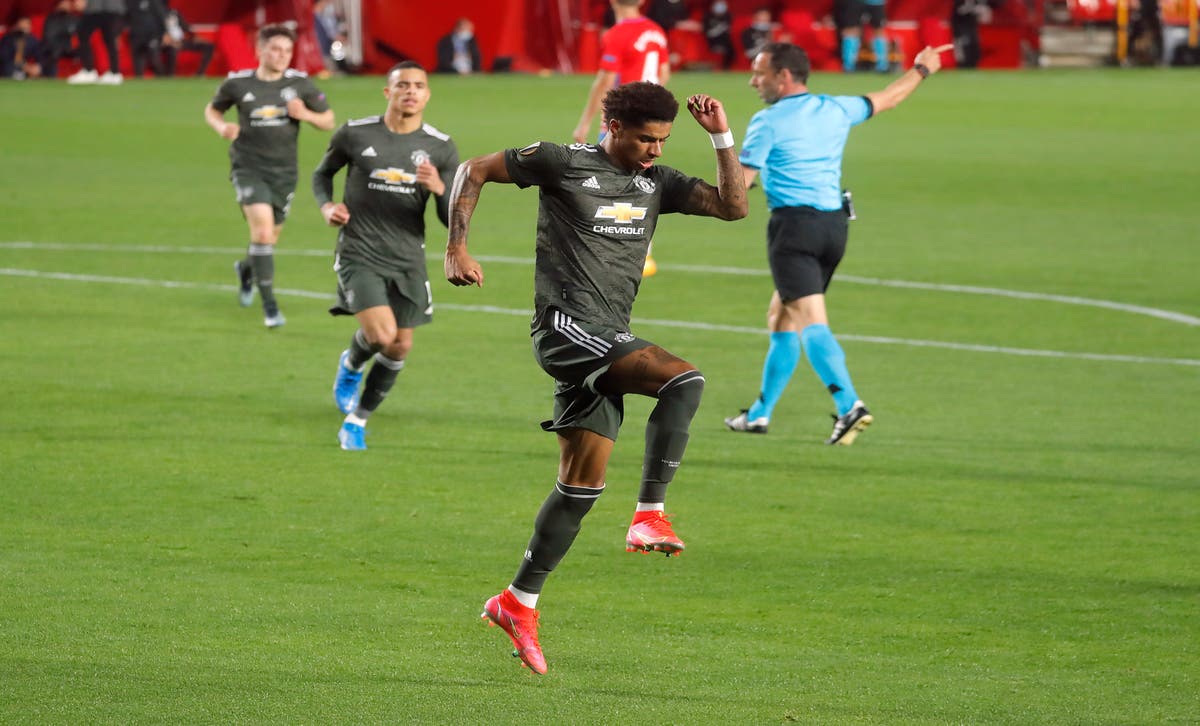