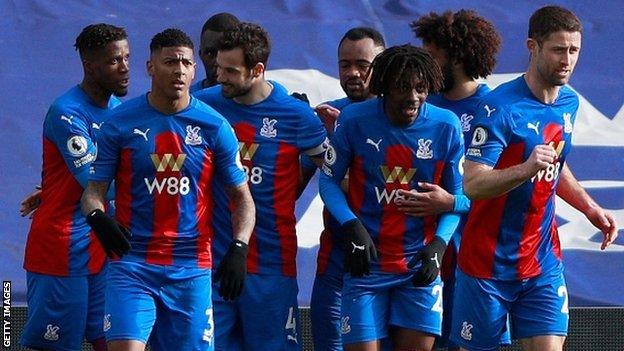 Crystal Palace will host Chelsea in the Premier League as the Blues seek to return to the top four place, Crystal palace also don’t want to fall in the relegation zone. These are what you need to know before the game.

Thiago Silva is ruled out due to suspension after last weekend’s red card against West Brom, although N’Golo Kante and Christian Pulisic are both available once again after being passed fit for a place on the bench against Porto.

Chelsea are seeking a seventh successive league win against Crystal Palace for the first time.

Crystal Palace have won two and lost eight of their past 10 home league games against Chelsea.

None of the last 19 Premier League meetings between the clubs have finished level, with the Blues winning 14 to Palace’s four.

The Blues won the reverse fixture 4-0 at Stamford Bridge in October with all goals coming in the second half – from Ben Chilwell, Kurt Zouma and two Jorginho penalties.

Crystal Palace have won 4, lost 4 and drew 6 of their last 10 premier league game.

Chelsea have won 6, lost 1 and drew 3 of their last 10 premier league game.

Thomas Tuchel side have been in good form since his arrival at Stamford Bridge, Only West Brom have beaten his side.

Our prediction is Crystal Palace 0 vs 2 Chelsea.