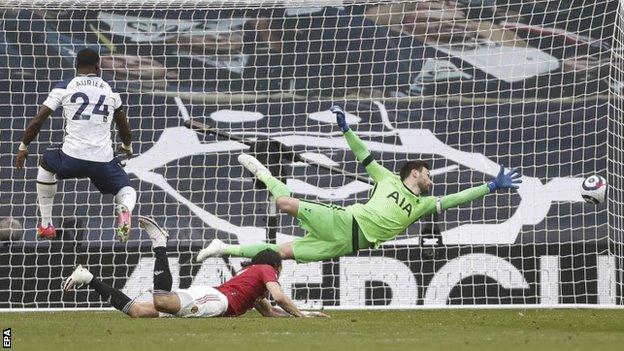 Manchester United come from behind to beat Tottenham.

Manchester United come from behind to beat Tottenham 3-1 away from home in the Premier League as they remain second in the league table.

Cavani’s first half goal was disqualified due to a foul from United’s midfielder Scott McTominay in the build-up of the game.

Tottenham’s son put the London side ahead in the first half after he calmly converted a cross from Lucas.

Manchester United continue to press the London side before they finally got an equalizer from Fred.

United’s academy player Mason Greenwood replace Marcus Rashford in the 73rd minute of the game and later assisted Cavani for United’s second and scored the third goal in the 96th minutes of the game.

Manchester United remain second on the premier league table 11 points behind league leader with a game at hand.