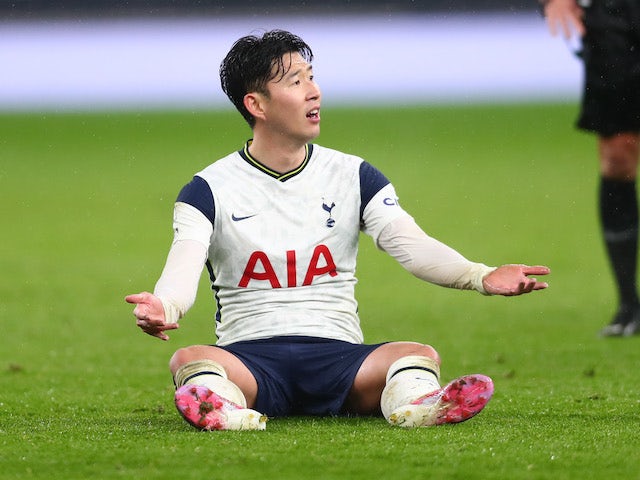 Tottenham Hotspurs forward Heung-Min Son says they need to make a big decision as he admits he wants to finish the season on a positive note.

The South Korean was on the scoresheet in the 3-1 defeat to Manchester United on Sunday.

The result left the London side six points behind top 4 and with a Carabao cup final against Manchester City Son is adamant he wants to finish the season on a positive note.

“I know it’s always easy to say, ‘let’s be positive’ or ‘we’ll do our best’ but I really want to finish well this season,” said Sonny, who fired us in front in the first half against a United side who then responded with three goals in the second half.

“We’re six points behind the top four, so we have to get results and wait for the other teams to drop points, but we have to do our best and take big, big responsibility for the rest of the season.”

The Tottenham forward couldn’t hide his disappointment after the defeat: “I really don’t know what to say, I’m really sorry about it and feel bad,” he told media. “There has always been passion from outside this stadium, and those who support us I know are really, really disappointed. I think they’re even more disappointed than us, so I feel really bad and sorry about it.

“It’s about the results. If we win, I’m really happy and if we lose, I’m really down for two or three days. So, what can I say? We have to bounce back strong next Friday.”