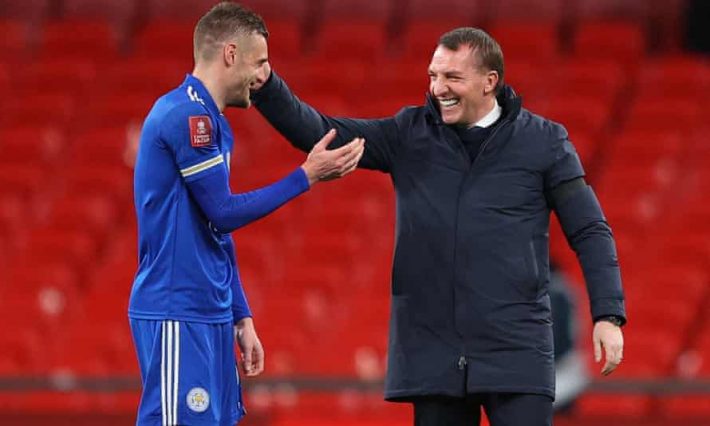 Leicester City head coach Brendan Rodgers has his eyes on the FA cup trophy after beating the Saint 1-0 in the semi-final of the competition.

The Foxes qualified for the Final of the FA cup with a goal from Nigerian striker Kelechi Iheanacho and will play Chelsea at Wembley.

Rodgers says he is delighted for everyone at the club and also credit his players for putting so much effort in the game.

“I’m thrilled for the Club, the board and our ownership who I know have put so much into the Club, so to arrive in the final is special.

“And of course, to the supporters, because I’ve been made fully aware how important this trophy is and how much they would love to win it.

“I’ve always tried to respect that we should always put out a team that could challenge to get to a final. We now arrive and we’re one game from creating history.”

He further talked about the goal scorer Kelechi Iheanacho for his confidence in front of goal as the former City player scores his 10th goal in 7 games across all competition.

“He’ll play better in the game,” Rodgers said. “His touch got away from him too many times. Maybe before that would have happened, it would have affected his confidence, but now, he’s at a level where he allows to let those mistakes go.

“Now, he can just get on his game, and what he’s shown is that outside the box and inside the box, he’s there to score goals. Him and Jamie [Vardy], the combination, was a real, real threat. They were both exceptional for us.” 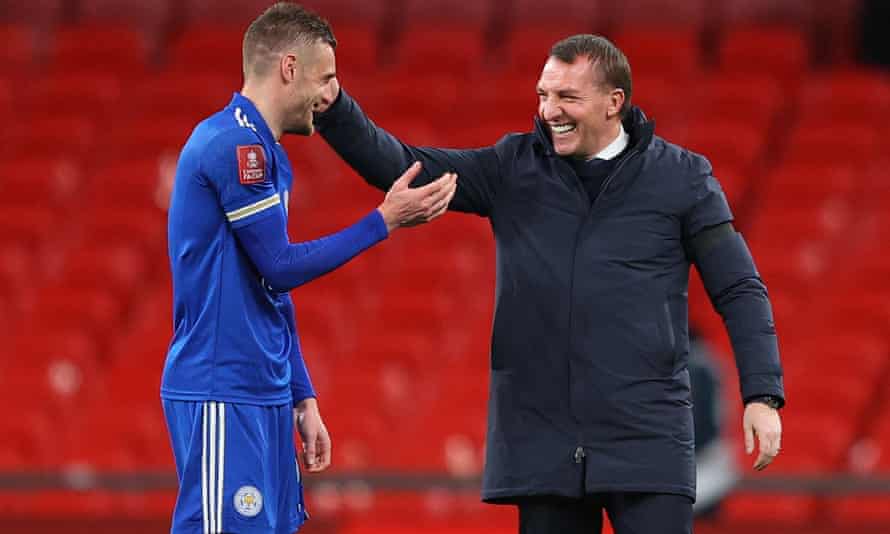