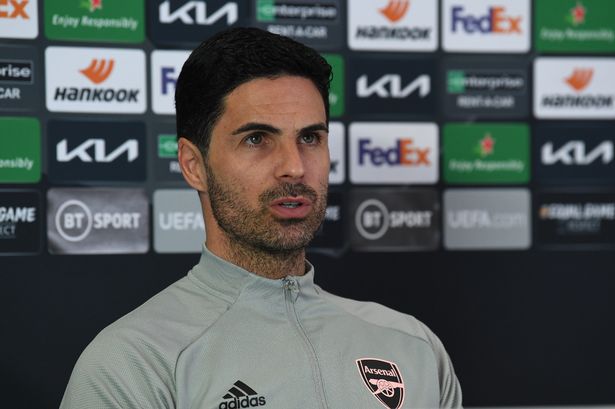 Arteta claims he didnt have much time to think when the Super League incident happened, he also stated that it serves as a big lesson to team that the soul of sports belong to fans.

Arsenal head coach Mikel Arteta shared his own thought on the Super League issue in a press conference ahead of Everton clash.

Arsenal is one of the big six Premier League team to join and also withdraw from the Super League competition.

Read also: Arteta excited on how Gunners can end season.

On his thought on the news.

Arteta stated that he found out about it a little bit when the news was leaked, he also said he didn’t have much time to think and evaluate anything about the news due to the fans protest.

He stated that Vinai spoke a little bit of the Super League plan before the announcement but they were not involved in the decision.

“Starting from Vinai, the ownership and everybody that is involved in the process. All of them, with the right intentions to defend the club and put the club in the best possible position for now and for the future, but accepting that the way it’s been handled has had terrible consequences and that it was a mistake.

“I really have to respect that when people have genuine intentions to do the best for this football club. But if it doesn’t happen or not the right thing to do, they can stand up here and apologise.

“I’m speaking for myself and I think the players, staff, everybody working at the club, we have to accept that and move on. The way it’s been handled has been really good internally.”

On whether the Kroenkes gave an apology.

He  stated that the Kroenkes has apologized for disturbing the team on their decision.

He stated that it serves as a big lesson and shows the importance of football in the world and also the soul of sports belongs to the fans.