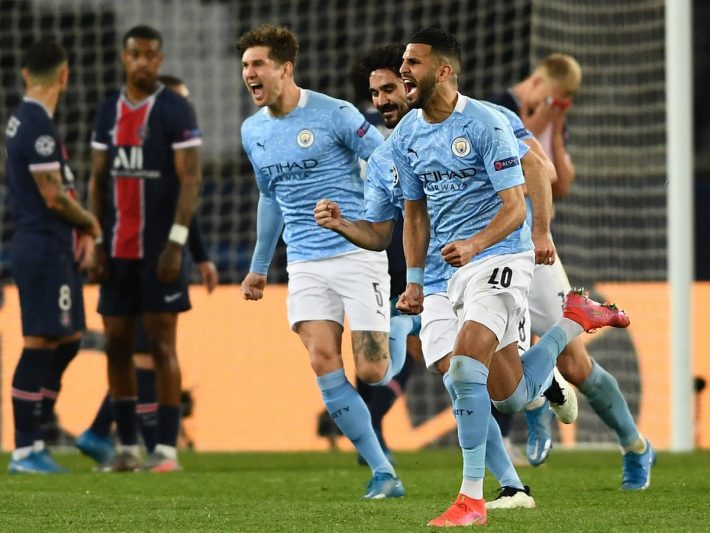 Mahrez scores as City came back from a goal down to beat ten men Paris Saint Germain in the first leg of the Champions League.

Manchester City forward Mahrez scores the second goal in the game to give Pep Guardiola an advantage in the Champions League semifinal over PSG.

The French club scored first in the game through Marquinhos in the first 15 minute of the game before City came back from in the second half.

Mahrez scored in the 71st minute of the second half shortly after Kelvin De Bruyne equalised for City in the 64th minutes of the game.

PSG midfielder Gueye received a red card in the 77th minute of the game to cause more problem for the French side.

Pep Guardiola side have an advantage as in the first leg having two away goal as they prepare for the second leg of the competition. 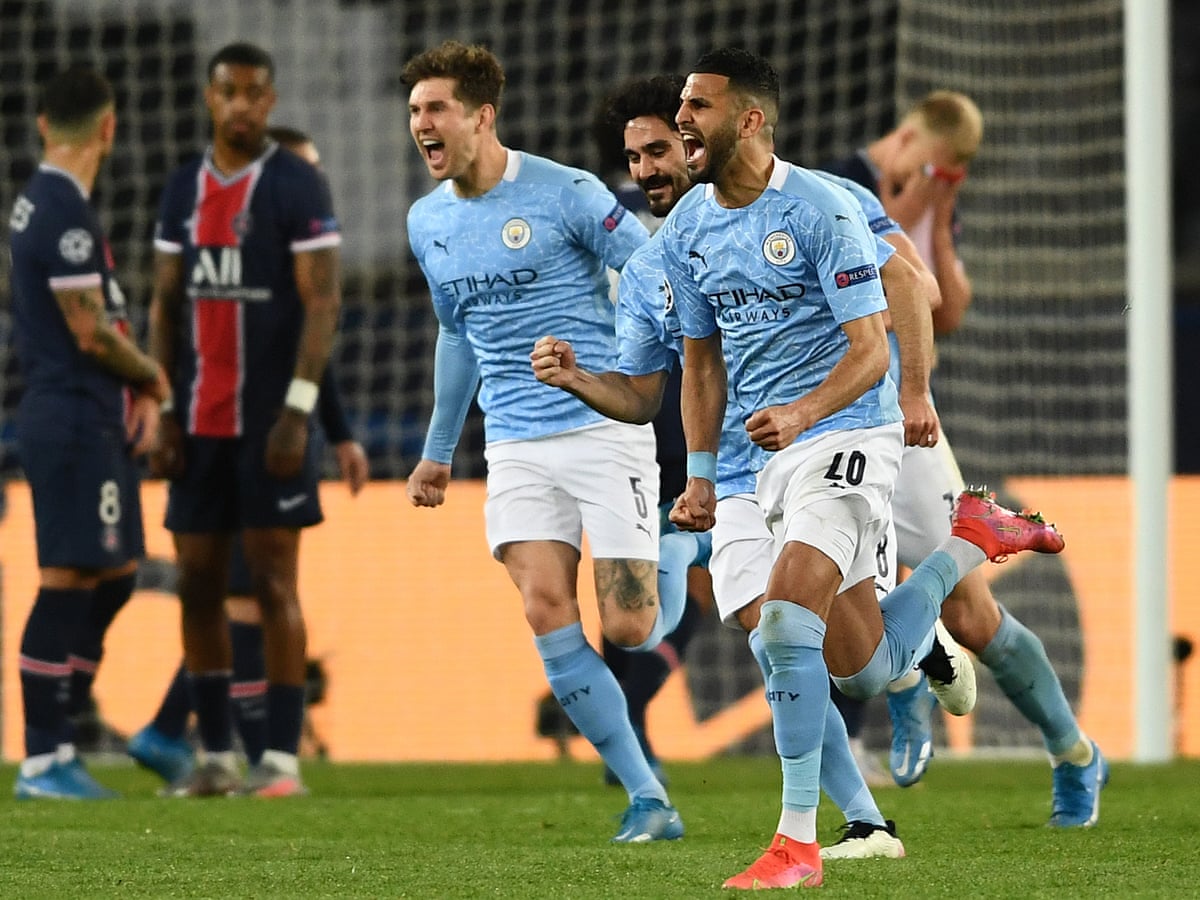