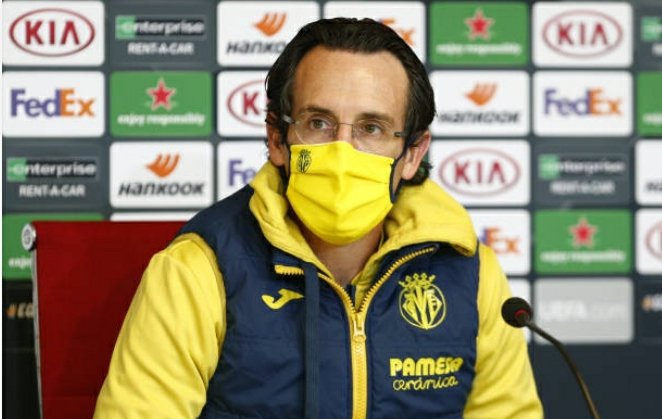 Emery admits that the Gunners are favourites in the Europa League as he claims his team will take up the responsibility of the challenge.

The Spanish side host Mikel Arteta team in the first leg of the UEFA Europa league semifinal as both teams seek to progress to the final.

Emery, who has managed the London club before stated that the team is full of qualities and told media that the Gunners are favourites.

The Spaniard admits that the Europa League semifinal excite them and claims his side will take on the responsibility of the challenge.

“In Europe, we know each other well,” Emery said. “Villarreal have faced the side from London twice before. Having coached there, I have knowledge of the club and of the team, but I need to be capable of transferring that to the players. Despite that, it will be a completely different in a new context.

“The two teams are focused 100% on reaching the final and being able to compete for a title.”

“Arsenal are favourites. We’re candidates. The two teams have shown a lot of consistency in Europe, and only one will get through.”

“They’re a big club because of the history and because of the present,” He added. “They’re a team with a clear and defined identity. On an individual level they combine young players with some who have a lot of experience. They’re a well-managed team with great players.”