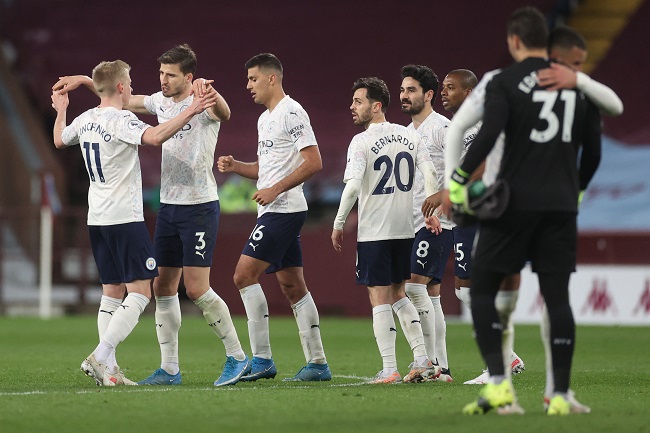 Title moves closer to City as they beat Crystal Palace away from home, the will win the title automatically if United lose to Liverpool tomorrow.

Manchester City beat Crystal Palace 2-0 in the Premier League as the League title move closer to the Etihad side.

Goals from Aguero and Torres gave the Manchester City 3 points out of the five points needed to clinch the title.

Manchester City were unable to find the back of the net in the first half as the Catalan made 8 changes in his team.

Pep Guardiola side will automatically win the title if Manchester United lose to Liverpool tomorrow afternoon.

“After the Champions League it’s always tough” Guardiola said, “but the players who didn’t play in Paris speak on the grass and they did it perfectly.

“We didn’t find rhythm we struggled a little (in the first half) but its normal you have to be patient. Second half we read perfectly the way we attack, and the players made the difference.

“What a goal (from Sergio). What an action. What a player. What a man, we are delighted he is back. We will enjoy the last games with him. He showed with the goal what he is. I am in love as a person. He is an incredible guy.