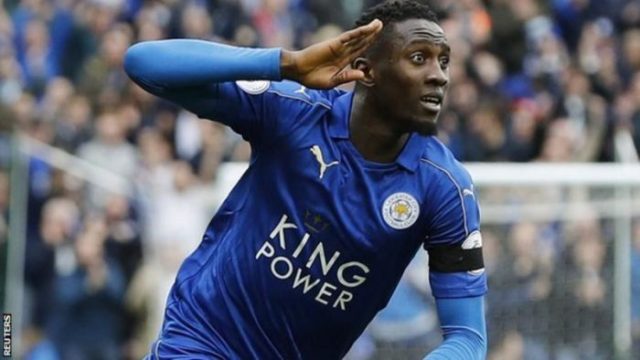 Nigerian midfielder Wilfred Ndidi has stated that his side will try all their best to get three points at Old Trafford to secure Champions League spot.

Leicester City midfielder Wilfred Ndidi says all his side want to get against Manchester United in the Premier League is 3 points.

The Foxes knocked out the Red Devils in the FA cup semi final and they wil seek to do the same to secure a top 4 position.

Read also: Mason pleased with goals as he breaks record.

Ndidi who stated that United are a tough opponent to face insist they will give their all against them in other to get 3 points.

Speaking with the media the Nigerian stated that: “It’s a tough game. Obviously, the last time we met, we knocked them out of the FA Cup, but it’s going to be a difficult game.

“We’ll look forward to it and see what comes out of it. They’re a really good team, a really strong side. The players they have are top quality.

“In the Premier League, it doesn’t matter if you’re playing Manchester United or another team, you’re just going for the points,” he added.

“We’ve been on a fantastic run away from home.

“We’ve had some ups and downs and some games where we should have got more points, but we’re looking forward to this one and we’ll be trying as much as we can to get points.

“We’re in the last part of the season so every point is very important for us.”