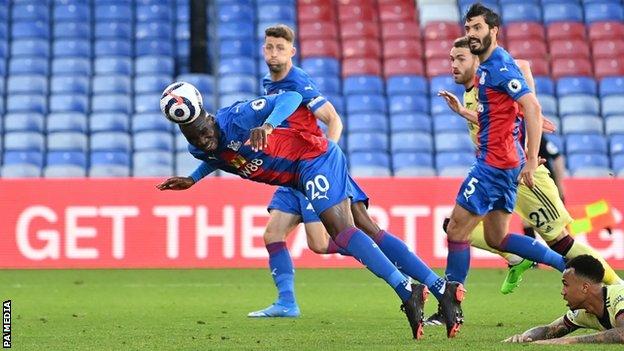 Arsenal beats Crystal Palace 3-1 away from home to secure 3 points in the midweek Premier League match.

Arsenal took the lead in the first half of the game through Nicolas Pepe in the 35th minutes.

Crystal Palace got a chance early in the second half of the game through Benteke but he headed wide.

Benteke got himself on the score sheet after he headed home from Townsend cross to give draw level with the Gunners.

Benteke almost got the second goal but is effort was place near post by Arsenal’s goal keeper.

Odegaard rescue his side in the 90th minutes of the game to give Arteta side the lead for the second time in the game.

Nicolas Pepe made it a brace in the night after he sealed the win for the Gunners to secure the win.