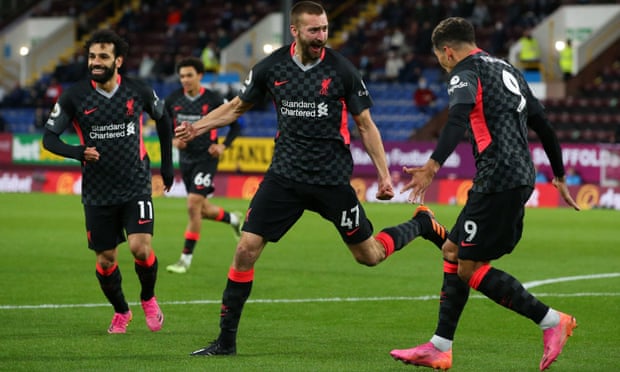 Liverpool moves to fourth position after victory over Burnley.

Liverpool have return to the fourth position as the Reds keeps the Champions League hope alive.

The Reds travels down to Burnley and fire 3 goals past them in the Premier League as goals from Firmino, Philips and Chamberlain secured the points.

Liverpool took the lead in the first half of the game through Brazillian Roberto Firmino in the 43rd minutes of the match.

Liverpool held the lead as the first half was brought to an end.

The Reds started the second half with a fine play as they got the second goal of the game in the 52nd minute.

Liverpool kept on moving as they are desperate to secure the Champions League position.

Chamberlain who was subbed in for Firmino in the 81st minute got the third of the game in the 88th minute to make it a perfect victory.

Liverpool are now in the 4 position on the league table having the same points with Leicester City.

It all goes down to final game on Sunday before it will be decided which team goes through to the Champions League.