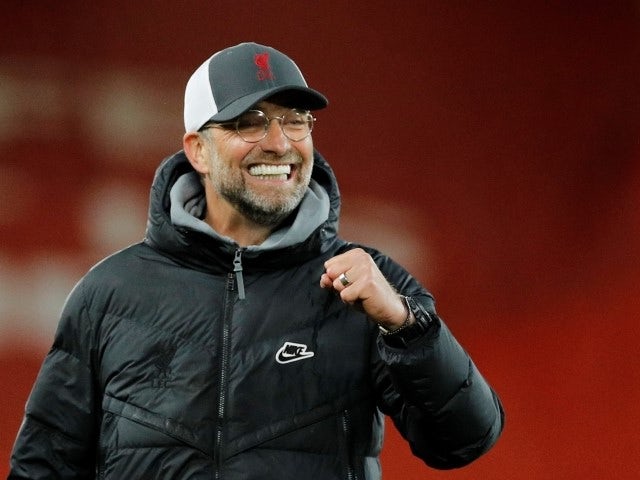 Klopp please with his side moving back to the fourth position after victory over Burnley in the Premier League.

Liverpool manager Jurgen Klopp is pleased that his side moved back into the fourth position in the League table.

The Reds beat Burnley 3-0 away from how to move past Leicester City and put their Champions League hope back alive.

Klopp while speaking with the media stated how happy he was as he admits he didn’t expect it to turn out like this.

“I couldn’t be more pleased, to be honest,” Klopp said. “I never expected that. It’s not that I take this for granted, I knew this season is for us an incredibly tough, tough season.

“I heard now that on Valentine’s Day, February 14, was the last time we were in the top four because we didn’t win a lot of games since then.

“But now in the last eight, 10, I don’t know exactly how many games, we are back on track and if we win on Sunday then probably – it depends on the result of Leicester or Chelsea – then we are probably qualified for the Champions League.

“It’s insane that we came that close, but we are not through. When you win the semi-final you go to the final. That’s where we are and we will give our absolute everything to win that as well.”

Klopp on the Reds Performance.

The German further stated that their performance against Burnley was a matured one as he credits his players for that.

“Really good, really mature performance with not a world-class start, let me say it like this.

“It was very helpful tonight to play that kind of football, score those kinds of goals.

“Burnley is really too strong because the way they play, the way they went for our centre-halves obviously tonight, that’s so tricky to defend and the boys did really well and we needed each single good performance on the pitch tonight.”