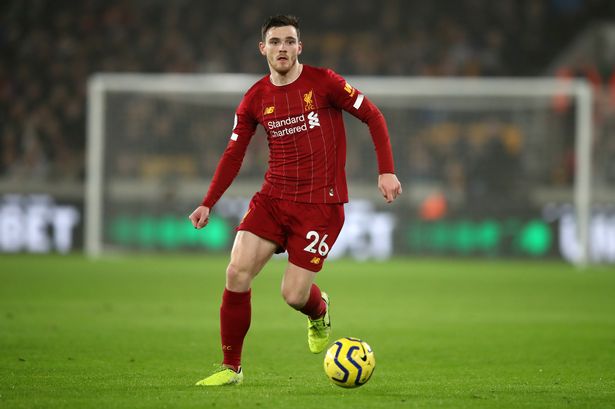 Andy Robertson wants his side to finish the job against Crystal Palace at Anfield on Sunday as the Reds fight for the Champions League spot.

Liverpool defender Andy Robertson has urged his side to finish the job at Anfield as they host Crystal Palace on Sunday.

The Reds wants a Champions League spot and have moved past Leicester with goal difference in the League table after victory over Burnley.

The Reds kept the Champions League hope alive against West Brom thanks to late minute goal from goal keeper Alisson.

Robertson stated that they need to finish strong by beating Crystal Palace on Sunday.

“A really good time to do it. We’ve hit form at the right time, when we needed it the most,” Robertson told Liverpoolfc.com of the team’s recent sequence of wins.

“The last probably five or six weeks ago our situation was very different, everyone probably wrote us off. But we believed if we could put a run together, and if we could put pressure on the people above us, we might be able to do something. It’s turned out that way so far; but it goes down to the final day.

“Realistically, that was probably the best-case scenario for us. It’s a three-way race – Chelsea, us and Leicester – and we’ve given ourselves a chance, that’s all we can ask. We need to be at our best against Crystal Palace, never an easy opposition.

“Obviously they have got extra motivation with it being Roy Hodgson’s last game, I’m sure they’ll want to give him a fantastic send-off.

“We need to be able to use our motivation to our advantage and put in the performance like we’ve been doing the last couple of weeks.

“If we can use the positive attitude and the positive mindset we’ve got just now, I believe if we take that into the game hopefully it’ll be good enough to win the game.”