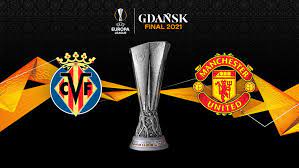 The Spanish club Villarreal will battle it out with Manchester United in the Europa League today.

Villarreal are yet to lose a single game in the Europa League and they will make history if the team should beat United in the final.

Manchester United on the other hand dropped from the Champions League competition in the group stage to join the Europa competition.

Before the game between the finalist this are what we should know as Sportscliffs have come up with the stats.

Nigerian star Samuel Chukwueze was ruled out of the game against United due to injury but the but the forward was seen in the travelling squad for the final.

Manchester United forward Anthony Martial came joined the training before the last match of the Premier League but didn’t travel with the squad.

United Skipper Harry Maguire travelled with the squad but didn’t train with them yesterday.

Kindly select the team you think will lift the Europa League.