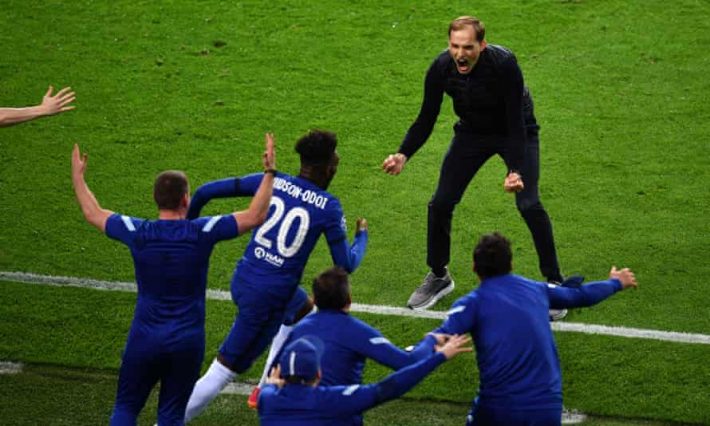 Chelsea head coach Thomas Tuchel stated that he is happy to be at the club after beating Manchester City in the Champions League final in Portugal.

Chelsea manager Thomas Tuchel claims he is happy to share moment with the team and staffs of the club.

Chelsea won the Champions League in Portugal after beating Premier League winner 1-0 in the final.

Tuchel is glad about the moment and claims he feel different arriving at Stamford bridge.

Speaking about the game after the match the German stated that: “We needed a top-level performance and we needed a strong bond just to have a chance to win this match.

“This is what we did and I am very happy to share this moment with this team and with all the staff, with all the guys who support on an everyday basis at Cobham. The team fights for them.

“The effort was huge”’ he added. “We overcome some difficult moments and some very dangerous moments with fantastic attitude to defending.

“We had to make an early change with Andreas Christensen coming on for Thiago Silva which did not make the things easier but we were brave.

“Even in moments where it was hard to escape the pressure we kept the formation and we were constantly active.”

Tuchel on the game.

Tuchel before the game has beaten Pep Guardiola’s City twice ( FA Cup and Premier League) and has gotten the experience of beating the Catalan.

“It was very important that we step out with Azpi and Toni constantly out of the back five to support our midfield, and it was important to stay in a block on the front five.

“We were absolutely sure that we needed to play with a strong bond and with a genuine belief, and this is what we did.

“Minute after minute we could grab some ball possession we could win more and more second balls and initiate some dangerous counter attacks which gave us confidence, and from then on it was a tough match until the end.” 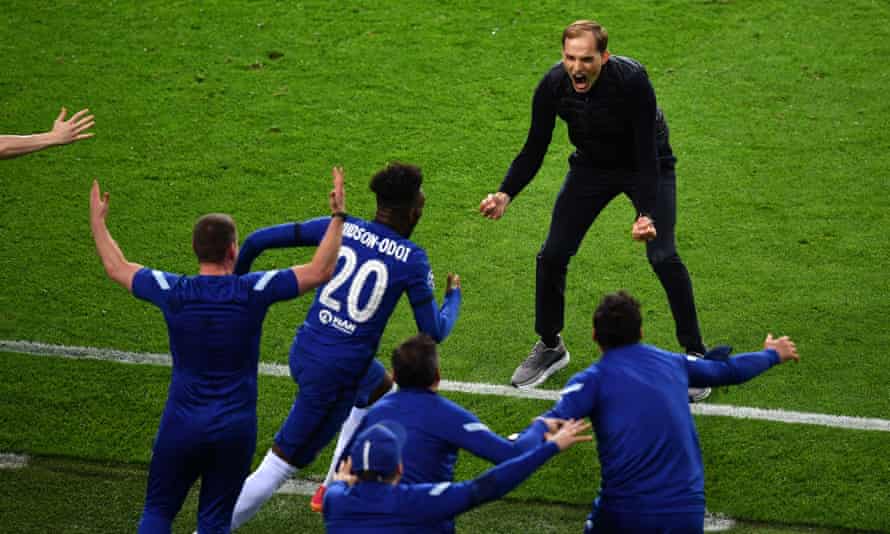