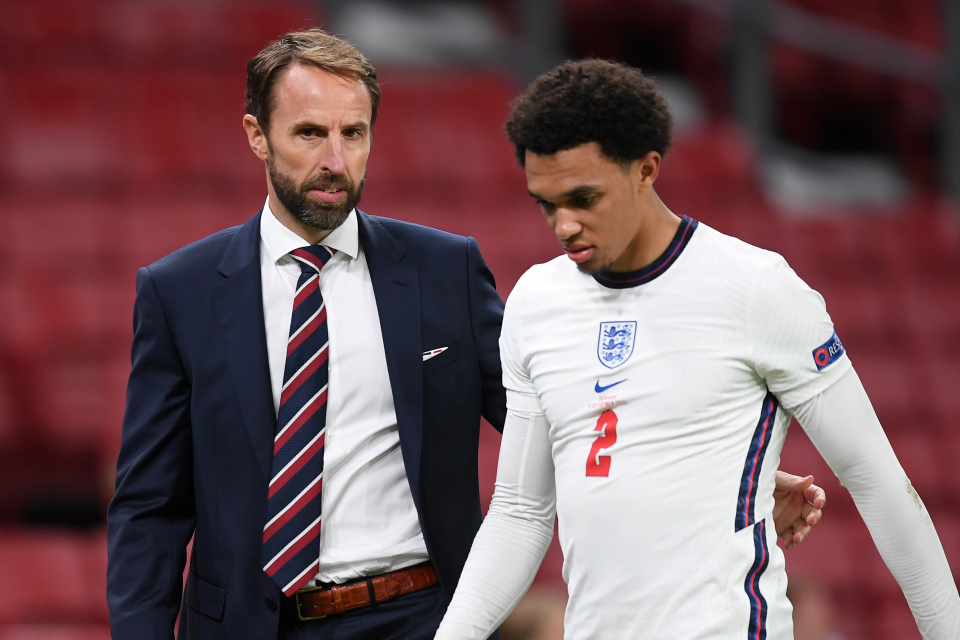 Gareth Southgate says Arnold injury is not a good sign as the Liverpool player limped off the pitch in the friendly game against Austria.

England head coach Gareth Southgate has claimed that his right back Trent Alexander- Arnold injury is not a good sign.

The Liverpool player limped off the pitch in the friendly against Austria on Wednesday at the Riverside stadium.

There are doubt if the right back will be available for the 2020 Euro that will start with Croatia at the Wembley stadium.

Speaking with the media after the game Southgate stated that they will need to assess the right back.

He stated that it was not a good sign for the Liverpool player to walk off the pitch uncomfortable.

“We’ve got to see, it’s obviously not a good sign that he’s had to walk off the pitch, and he was in some discomfort.

“We’re so close to the finals that for any player, injuries makes them a doubt. But we will just have to see over the next 48 hours.”

When Southgate was asked who would be called up if the 22 year old his ruled out due to injury, he said: “Let’s see how Trent is first then we’ll go from there.”