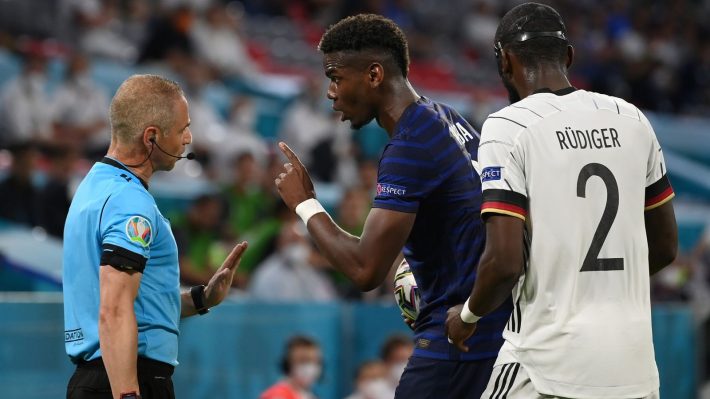 France midfielder Paul Pogba insist that he didn’t want Rudiger to be suspended despite reacting angrily to the German in their 1-0 victory against Germany.

France midfielder Paul Pogba insist he didn’t cry for a card when he was nibbled by Germany defender Antonio Rudiger.

The Manchester United player was seen in the first half reacting angrily to Chelsea’s defender Rudiger in their victory over Germany.

Pogba, while speaking with the media after the match stated that: “I’m not crying for cards, yellow, red cards because of such actions.”

“He nibbled, I think, a little bit on me. But we have known each other for a long time.

“I told the referee and he takes decisions and he took a decision. It’s over.

“It was a great match for us … and I didn’t want him to be suspended because of such a situation. It was towards the end of the match. We hugged each other and that’s it.” 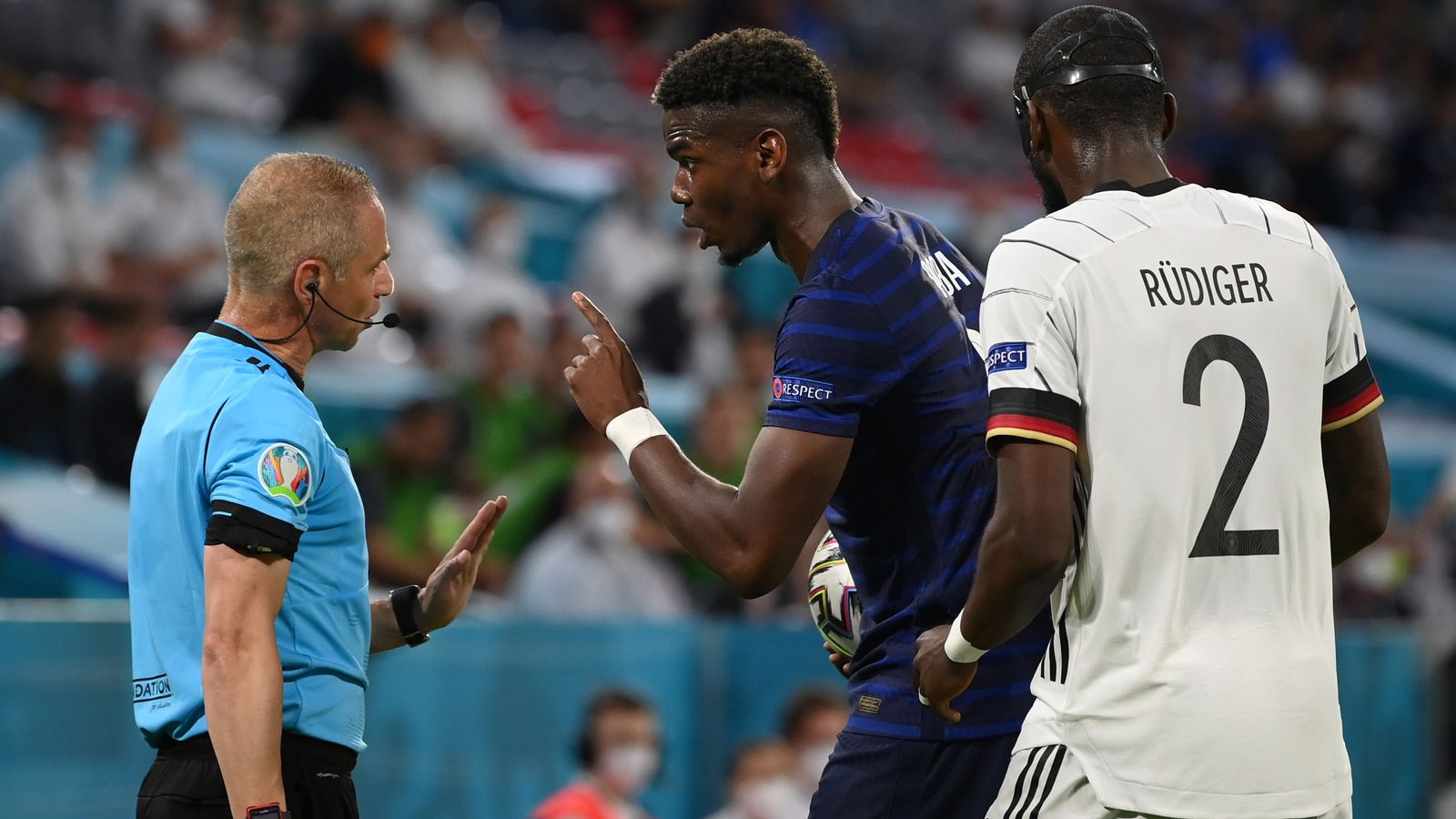