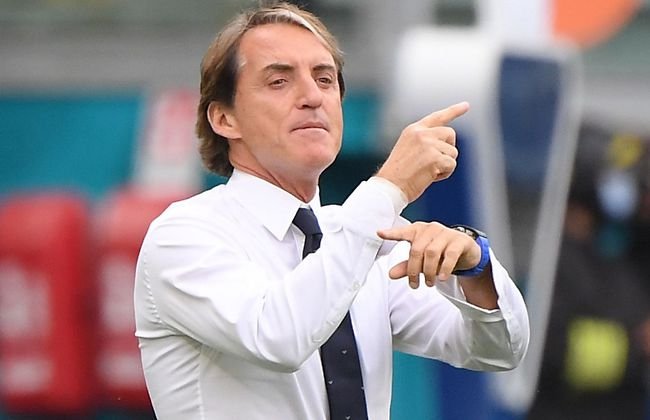 Roberto Mancini qualify from the group with 100 percent win after beating 10 men Wales, the Italian says he hopes to play again at Wembley.

Italy head coach Roberto Mancini has stated that they hope to play at Wembley once again.

The Italian side top their group with a 100 percent record after beating Wales in the final group game match.

The Italian are yet to concede a goal in the tournament, winning three games from three in the group.

Mancini stated after the game that they deserve to score more goals against Wales but admits their opponent defended well.

“We made eight changes but the team played very well and deserved to score more goals.

“But it wasn’t easy to score after it went to 11 against 10 because they just sat deep and defended. It wasn’t easy for us to find space.

The Euro 2020 final will be played at Wembley as Mancini hopes to play once more in that stadium.

“It’s nice for us to go to Wembley, it’s a wonderful arena.

“But this is the start of a whole new competition and of course we’ll need to play very well to go all the way.

“Our hope is to be back at Wembley once more further on in the competition.”