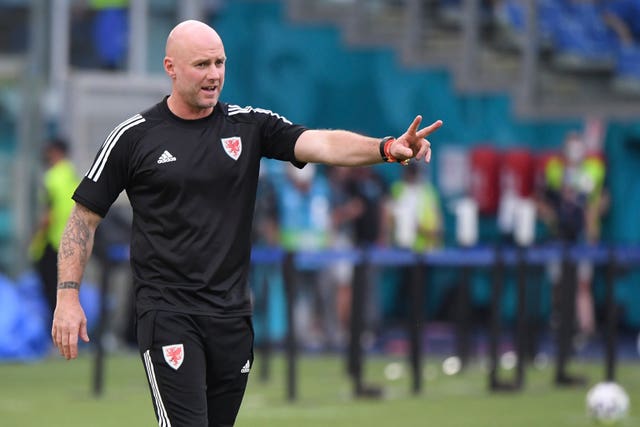 Robert Page has stated that the red card decision against Italy was a harsh one despite qualifying for the next round of the tournament.

Wales coach Robert Page feels that the red card decision against Italy was a harsh one from the referee.

Wales was beaten by Italy in the final group stage match but qualified for the round of 16 of the tournament.

The Wales team qualified on a goal difference ahead of Switzerland who has the same 4 points in the group.

While speaking with the media Page stated that it was a tough one with 11 men but had bigger problem when they were left with 10 men.

“ Ethan is disappointed,” Page said. He’s a young lad and he wants to be part of this major tournament. This will hamper that.

“I haven’t seen it back, but I thought it was a harsh decision at the time. I thought it might have been a yellow.

“It’s tough enough with 11 men but having 10 gave us an even bigger hill to climb.

“I can’t speak highly enough of the boys. They’ve had to dig deep and they’ve got the job done.

Page further stated that he was aware of Switzerland score then and he had to motivate his players as conceding much might jeopardize their qualification.

“I knew Switzerland were winning 2-0 at half-time, but my full focus was on keeping the lads focused and motivated.

“There were some massive performances out there and the lads thoroughly deserve all the plaudits having got that second spot.”