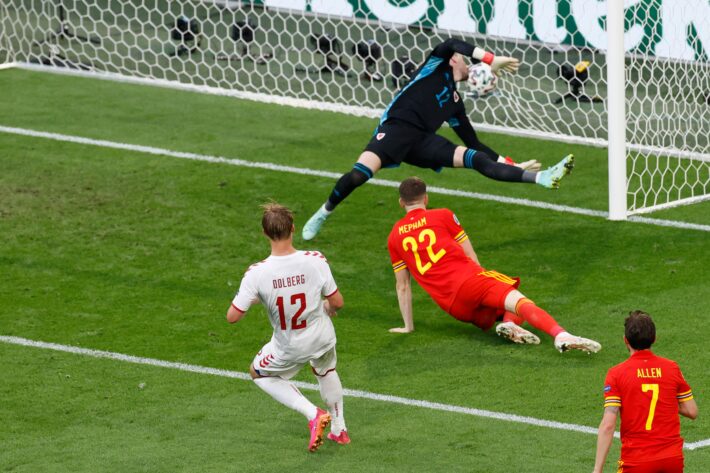 The Wales team are out of the Euro 2020 after been trashed 4-0 by Demark in the round 16 of the competition.

Wales team were trashed 4-0 by Demark in the European competition despite not with their start man Christian Eriksen.

The Demark team showed strong sign in the early stage of the first half when Mikkel Damsgaard set up Kasper Dolberg in the opening 8 minute but it went over.

Daniel James pulled the Danish keeper Schmeichel to action when he cut in with his right foot but was kept out by the organized keeper.

Denmark took the lead in the 27th minutes of the game through Dolberg as he curled the ball in the far corner of the post.

Denmark got the second goal of the game 3 minutes into the second half as they capitalized on the error of the Wales defender.

Wales came close in the 54th minute of the game as Bale tries to head a cross from Moore but his effort went wide.

The third goal came in for the Denmark team in the 88 minutes of the game through Maehle.

Wales man Harry Wilson was shown a red card in the 90th minute of the game after a challenge on Maehle.

Demark capitalized on the red card and got crowned the game with the fourth goal as the victory was sealed with Braithwaite goal in the 96th minutes. 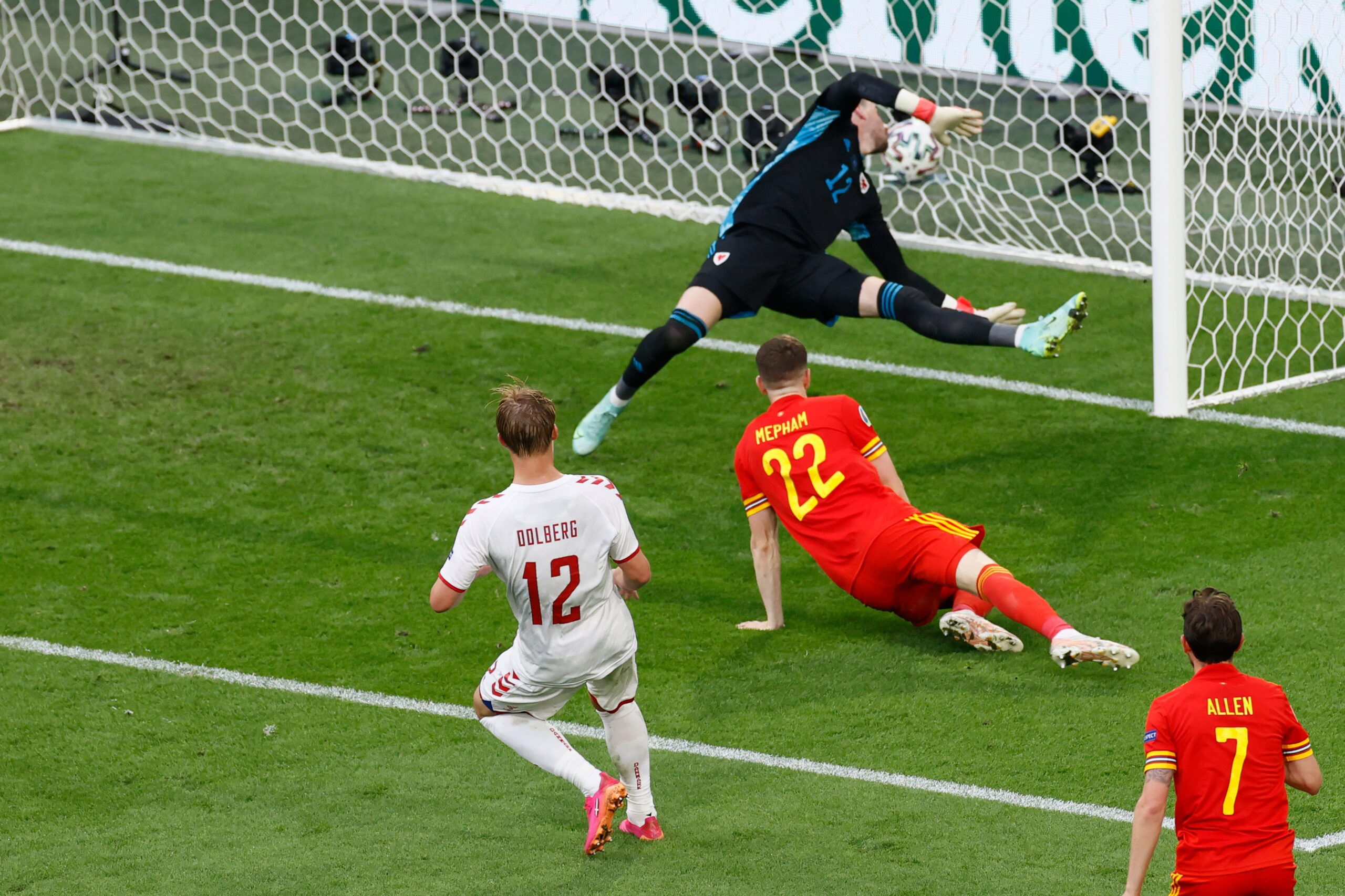