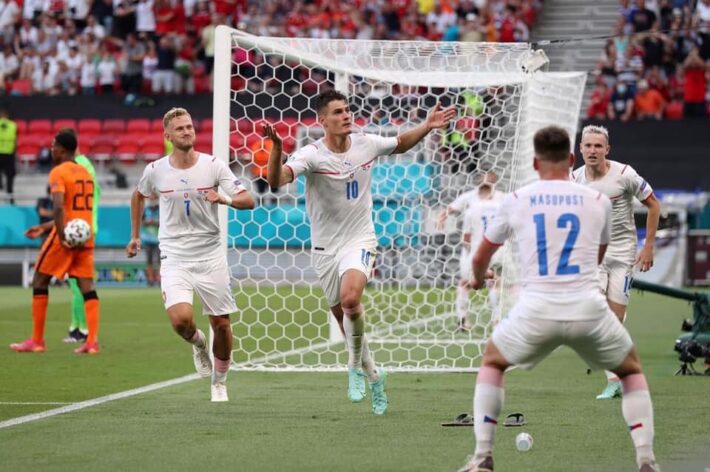 Netherland crashed out of the Euro 2020 after 2-0 defeat from Czech Republic shocked the Dutch team in the round 16 of the tournament.

The Netherland team crashed out of Euro in the round of 16 after 10 men Dutch team was trashed by Czech Republic.

Netherland defender De Ligt saw a red card in the 55th minutes of the game before their down fall began.

The Czech Republic take advantage of the red card as goal from Tomas Holes gave them the lead in the 68th minutes.

The game came to an end in the 80th minutes of the game when the second goal came in through Schick.

The Czech Republic will face Denmark in the quarter final of the competition as the tournament get more interesting.