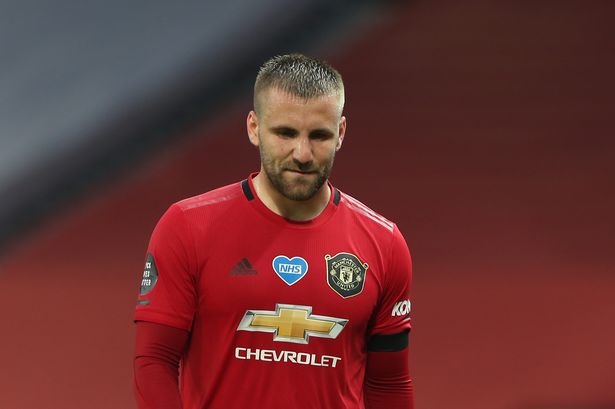 Manchester United left back Luke Shaw has stated that his former manager show move on as he has moved with his career.

England international left back Luke Shaw has stated that he is still surprised that former manager still criticise him.

The left back played under Jose Mourinho during the Portuguese reign at Old Trafford but the two never got along.

Shaw has always been the scape goat at United under the Portuguese but now gotten his career back on track.

The United player was one of best left back in the Premier League last season, playing important roles under Ole Gunner Solskjaer.

Shaw was called up by Gareth Southgate for the Euro and have then started two games for England.

While speaking about his former manager Shaw said: “I don’t really understand it, to be honest.

“I don’t know why he is still going on and wanting to point at me. I don’t feel like the set-pieces were as bad as he was saying.

“I might have done one in the second half, a corner, that didn’t get over the first man. But that was one out of three. The other two or three, I don’t think, were as ‘dramatically bad’ as he says.”

Shaw has acknowledged the intelligence of Jose Mourinho as a manager but have told the manager to move on as he has done.

“There is no hiding that we didn’t get on,” he added.

“I think he was a brilliant manager but, you know, the past is the past. It is time to move on. I am trying to move on but, obviously, he can’t.

“He continuously talks about me, which I find quite strange. Even some of the lads have said ‘what’s his problem?’ and ‘why does he keep talking?’

“He just needs to move on. Hopefully he can find his peace with that and finally move on and stop worrying about me. Clearly I am in his head a lot and he clearly thinks about me a lot.”