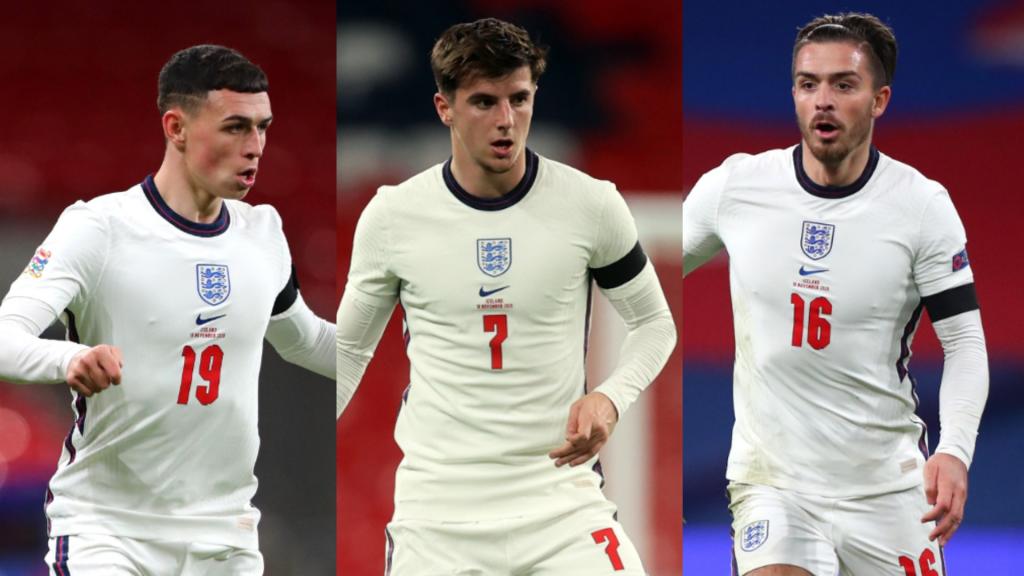 AS Roma head coach Jose Mourinho believes Jadon Sancho, Mason Mount, Jack Grealish and Phil Foden needs to contend to be in the starting line up for semi-final.

Former Manchester and Tottenham manager Jose Mourinho has stated that there are only two positions left for 4 England stars.

In his own opinion, he believes that the England manager will have to make a tough decision while selecting his team for the semi-final.

Mourinho while speaking with the media think it won’t be right for Southgate to go for three-man defence against Denmark as he did with Germany.

“The question is do England need to play with a back three like they did against Germany? My view is no.

“Germany is a different way to play three at the back and the Danish model of playing doesn’t need England to adapt and to match, in my opinion.”

The Portuguese admit that his former player Luke Shaw keeps improving like wise Kylie Walker in the tournament.

“The two centre-backs are very solid and the back four with the amazing Euros that both central midfielders are doing is more than enough to control Denmark offensively.”

Mourinho on the 4 England stars.

He further stated that the creativity of the next game rest on the shoulder of 4 players in the team, as he believes the England boss will have to do a critical thinking.

The new Roma claims the back 4 are clear and also four other players leaving two position for Sancho, Foden, Grealish and Mount to compete.

“Then you have four players to decide the creativity of the game. It is there that Gareth may have some doubts.

“Walker, Maguire, Stones and Shaw is clear. Phillips and Rice is clear. Sterling and Kane is clear and there are two places that in my opinion are open and two positions where the options are different.

“Sancho played well, Foden started the tournament, the same with Mount, while Grealish looks like he’s not the favourite player of Gareth but every minute he’s on the pitch he does it well. Mount is coming back.

“There are lots of options for these two places.”