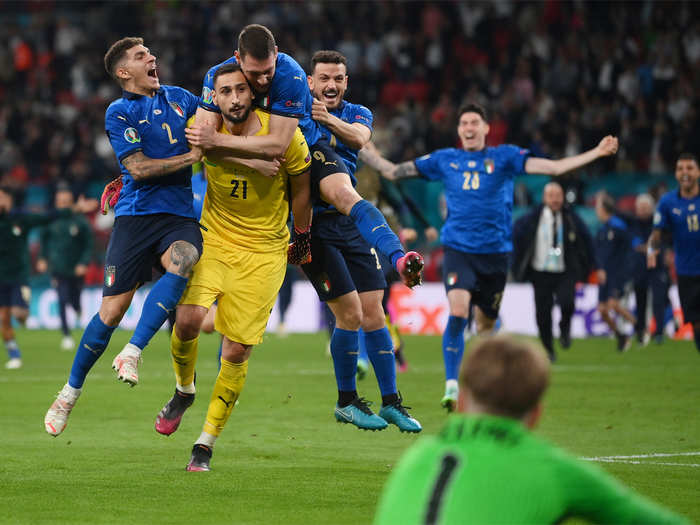 Italy becomes the champion of Europe after Rashford, Sancho and Saka failed to convert their penalty in the shootout.

Italy becomes the king of Europe after they defeat Gareth Southgate’s England on penalty in the 2020 European competition.

The Italian lost two penalty in while the three Lions lost three as Marcus Rashford, Jadon Sancho and Bukayo Sake could find the back of the net.

The game started with a bit of hope for England team in the game as Manchester United left back Luke Shaw score from Tripper’s cross to give them the lead.

Italy began to torment the English side in the game as they created lots of chances but could find the back of the net in the first half of the game.

The Italian team kept on putting pressure on Southgate’s team before Bonucci pounce on the error from England’s defence to equalize.

The game move to the extra time after a full time draw but the 30 minute was not enough to decide the winner of the competition.

The game then move to the penalty as Pickford saved two penalty but England’s youngsters couldn’t help out has Rashford, Sancho and Saka lost their penalty.