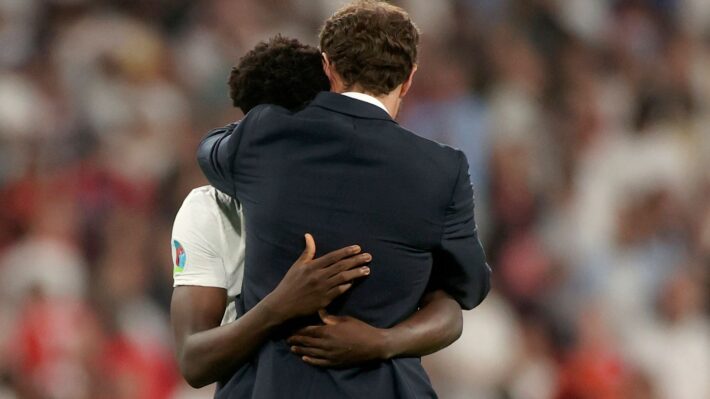 England manager Gareth Southgate has stated that penalty decision rest on his shoulder as his late call jeopardize the competition.

England manager Gareth Southgate stated that the penalty decision is his call and it totally rest on him.

The Three Lions lost to Italy in the final of the European competition on penalty shootout as the Italian became the European champion.

Southgate made a tough call in the extra time of the game as he noticed the game will end with a shootout.

While speaking with the media Southgate stated that penalty takers were taken off in the second half of the game and that is why he want to brought in the wingers.

“But in terms of the penalties, that’s my call and totally rests with me.

“We had two [penalty takers] go off earlier in the game, so that’s why we made the changes that we did.

He further stated that they had followed the trend of what the players have done for their club and also in training to make the decision.

We’ve tracked what they’ve done with their clubs over a long period of time and what they’ve shown in training as well so that’s the process that worked for us in Russia and the Nations League, but tonight, it hasn’t quite worked.

Rashford and Sancho was brought in to rescue the team in the shootout but turns out otherwise.

Pickford went on to give England hope by saving Jorginho’s penalty but the effort was wasted by Bukayo Saka.