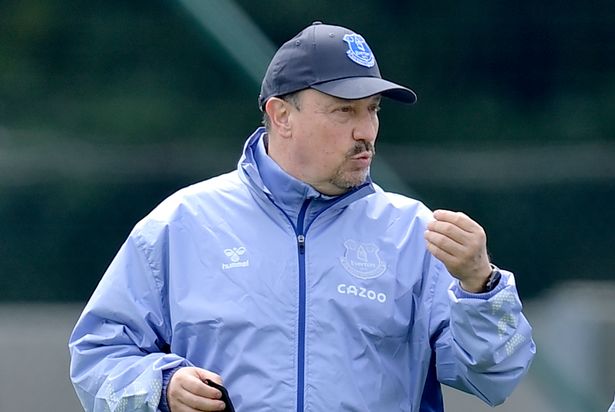 Rafeal Benitez is keen on building a creative Everton team.

Everton manager Rafeal Benitez is keen on creating a creative Everton side ahead of the new season.

The manager took charge of the team after the departure of former coach Carlo Ancelotti who took Real Madrid job.

“Balance means you have to be strong enough in attack, while keeping an eye on defence,”  Benitez said, “and always strong enough in defence and sure you can be a threat on the counter-attack.

“In transitions, all these things, the team has to have some balance. Modern football is about pace, it is about possession, but for me it is about creating chances at the same time.

“Depending on the team you have and the opponent, you can create more or less, but you have to be strong enough [with and without the ball] to win the game.

“Be sure your team has the balance, then it is capable of challenging and getting points from every game, or going to the next round if it is the cup.”

Benitez took charge of the training for the preseason games and he stated how glad he his as everything is working as planned.

He further stated that creating a team spirit will allow them face any team confidently and expect his players to comply with him.

“Everything is going according to plan, he continued. “Normally [in initial meetings with a squad], you say to them… we want to do well and support them and try to improve them as players.

“To create a team spirt that will allow us to compete with anyone and I also explain what I am expecting from them is to give everything.

“That is what I am expecting and what the fans are expecting from the players.”