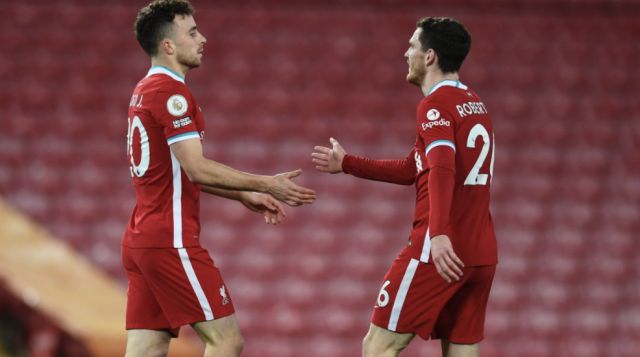 Liverpool to be boasted by Robertson and Jota against German side Hertha BSC in the Preseason game.

Liverpool duo Andy Robertson and Diogo Jota are expected to feature against German side Hertha BSC in the Preseason.

The two players joined their team mate in the preseason camp last week and the manager has stated that they will get some minute.

The Reds captain Van Dijk has also be confirmed to be part of the Reds next outing after he missed crucial matches last season due to injury.

Jurgen Klopp while speaking with the media in the camp stated that Robertson and Jota is likely to get extended minutes.

“They will have minutes, that’s the plan. They obviously trained completely normal all the time now and we try to involve them,” Klopp confirmed.