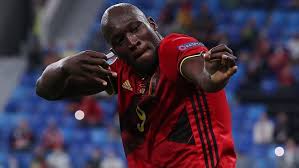 Lukaku reveals he left club to improve himself elsewhere.

Chelsea new signing Romelu Lukaku reveals that he changed club to improve himself and see things from differently.

The striker who arrived from Belgian club Anderlecht to Chelsea in 2011 made just 15 appearances in three seasons.

The former Manchester United player is not back at the London club this season under Thomas Tuchel.

The Belgian revealed why speaking with media that he pained by as a fan when he left the club back then in 2014.

“It was a source of motivation at the time, but also asking myself questions like ‘what went wrong?’.

“I was living with that for many years and that’s why sometimes, I could come over as a bit aggressive in interviews, or very defensive.

“At one point, I just decided it was better to go somewhere else and just see everything from a different point of view. When I went to Italy, it was the best thing I could’ve done at the time.”