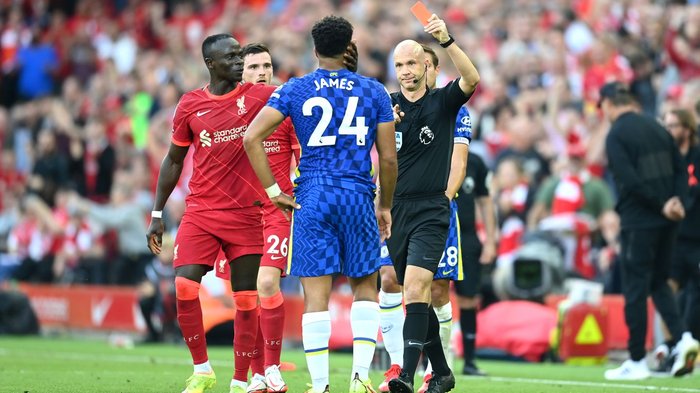 Chelsea rescues a point against Liverpool despite seeing red.

Chelsea rescues a point against Liverpool in the Premier League at Anfield despite going down to 10 men.

The Blues scored first against the Reds away from home but wee disappointed as James saw a red card.

Kai Havertz scored first to give Thomas Tuchel side the lead in the first half of the game.

Liverpool side pull a goal back from the spot kick as Salah was right on spot against Mendy.

Chelsea endured in the game as they played with a man down as Liverpool were unable o find the back of the net.

Liverpool and Chelsea have now won 2 and games draw 1 game in the Premier League this season.