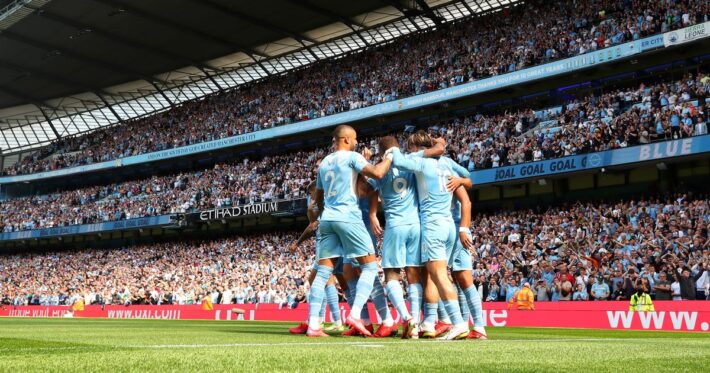 Manchester City put 5 goals past Arsenal in the early kick off of the Premier League as Arsenal continue their disappointing form.

The defending Champions win their second game of the season in grand style as they humiliated Arsenal at Etihad.

The first half ended in 3-0 as Arsenal midfielder Xhaka got a red card a rough tackle in the game.

Gabriel Jesus gave Guardiola’s men the lead in the 7th minutes of the game as he headed home from Ilkay Gundogan cross.

The Etihad side doubled their lead in the game with Ferran Torres tapping in the ball in 18 yard box.

Martin Odegaad would have pulled a goal back as he blocked a clearance from City’s goal keeper but it went wide.

Manchester City added their third of the game before the half time as Jesus met Jack Grealish cross.

Rodri scored the third of the game after the break and Torres got his second goal of the game to make it five for City. 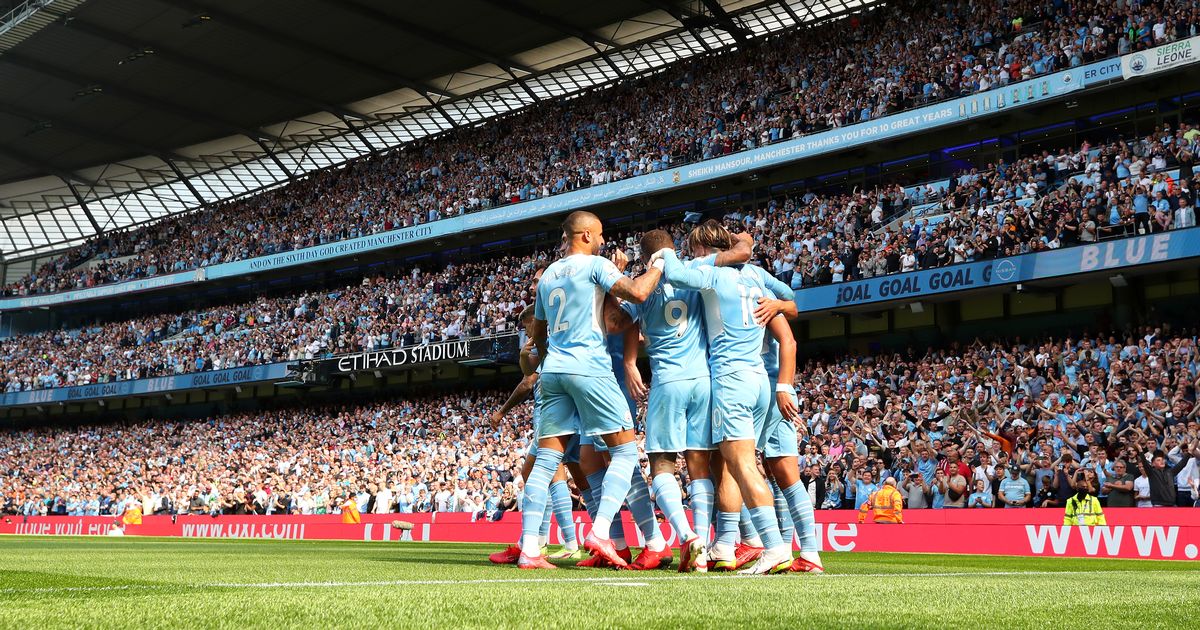