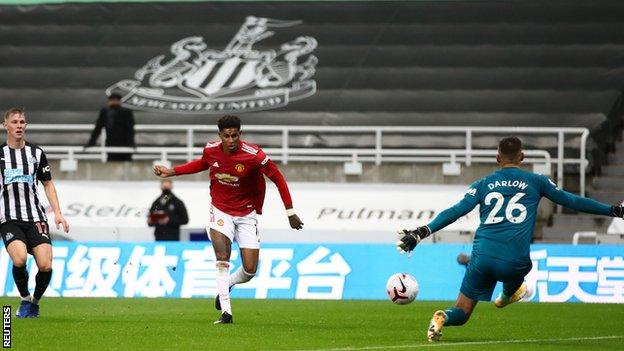 Manchester United will host Newcastle in the Premier League this weekend at the Old Trafford stadium and this is what you should know before the game.

Manchester United have won 2 games out of three games in the premier league as they drew their second game against Southampton.

The Red Devils won their third game against Wolves before the international break and it was a tough one for the team.

With the arrival of Cristiano Ronaldo in the team it means that the team now has a fear factor.

On the other hand, Newcastle have played 3 games in the Premier league this season just like every team and they have lost 2 and draw 1.

Jadon Sancho has return back to Manchester United training camp after he suffered a slight injury while on international duty.

The former Borussia Dortmund player have not been in full form with the Red devils this season and might be in contention to start against the Magpies.

Cristiano Ronaldo who just returned back to the club from Juventus might also feature in the game has he has been training with the team.

Edinson Cavani who came on against Wolves in the 1-0 victory will also be available for selection.

Manchester United have won 2 games out of their 3 games in the League and drawing 1 game so far this season.

While Newcastle have endured a disappointing season so far getting only 1 point so far this season.