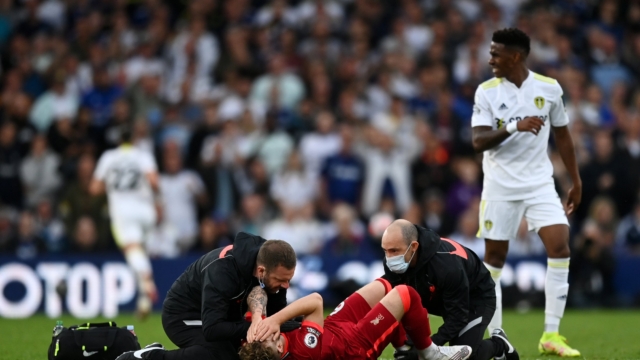 Liverpool youngster Elliot Harvey suffers injury in their 3-0 victory against Leeds United in the Premier League.

Elliot was forcefully tackled by Leeds United player Pascal Struijk who came on as a substitute in the game.

The Liverpool youngster was left with a broken leg while Pascal Struijk was sent off for the challenge.

Meanwhile, Manchester United legend Gary Neville stated that the referee was wrong to have shown Pascal a red card.

He said: “The most important thing is the boy but I’m not sure it’s a red card. We’re watching it up here but we can’t show it. The red card is a result of the injury rather than the tackle.

“It’s not a good one. Players who saw it originally have walked away in shock. Jurgen Klopp is furious.”