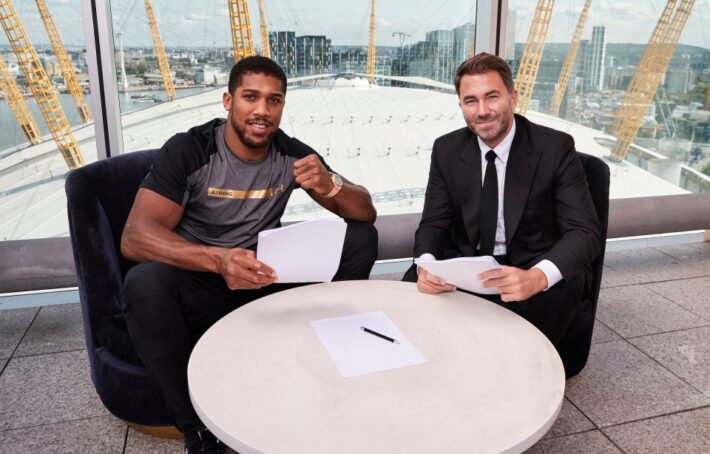 Anthony Joshua signs new deal that will keep him at Matchroom till the end of his career.

Professional boxer Anthony Joshua signed a new deal with Eddie Hearn as he prepares to fight Oleksandr Usyk on Saturday.

Joshua turned professional with Matchroom in 2013 when he became the unified heavyweight champion in 2013.

The deal will see the British born boxer remain with Eddie Hearn’s company with the remainder of his career.

“We’ve built some great foundations over the years and I appreciate Matchroom – the company, the team, the family business,” said Joshua.

“That’s kind of what drew me towards you guys as well, the integrity that the Hearns have when it comes to boxing and business.

“I’ve felt comfortable during my years as a boxer and I always felt that the business outside of sport is harder than the actual fighting due to the history and some of the problems that some fighters have had.

“So, to be with Matchroom Sport has been a blessing for myself, my family and my team.

“Outside of that, what Matchroom Sport have done is created an environment for boxing fans.

“The shows that we have managed to put on have been phenomenal. When I walk out to fight, I look around and I’m like, ‘mate, this is unbelievable’.

“From where we began, to the middle of the journey, the foundations we have created are phenomenal and I can’t wait to see what the future holds.

“In my humble opinion, what better place to be than Matchroom Boxing? 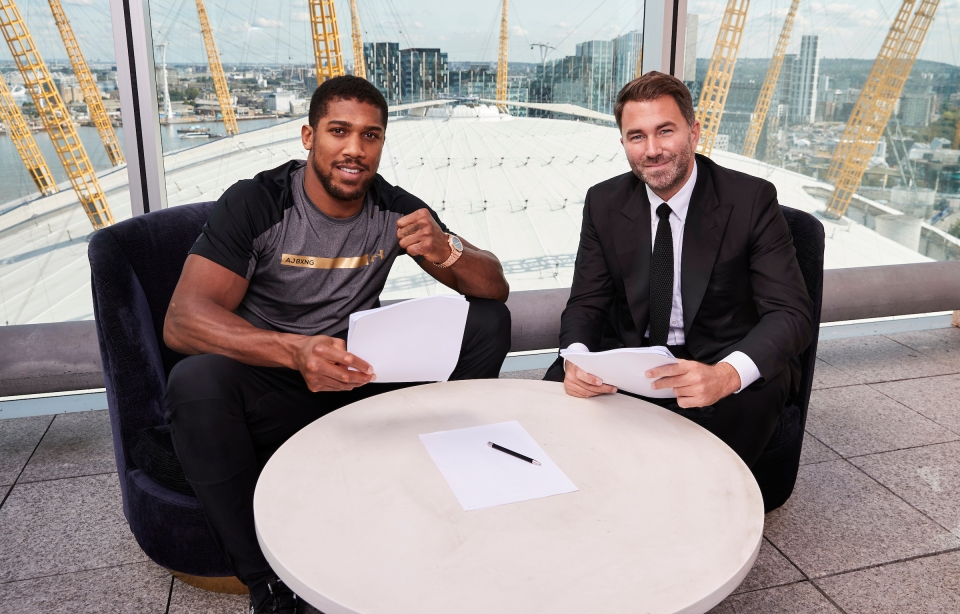