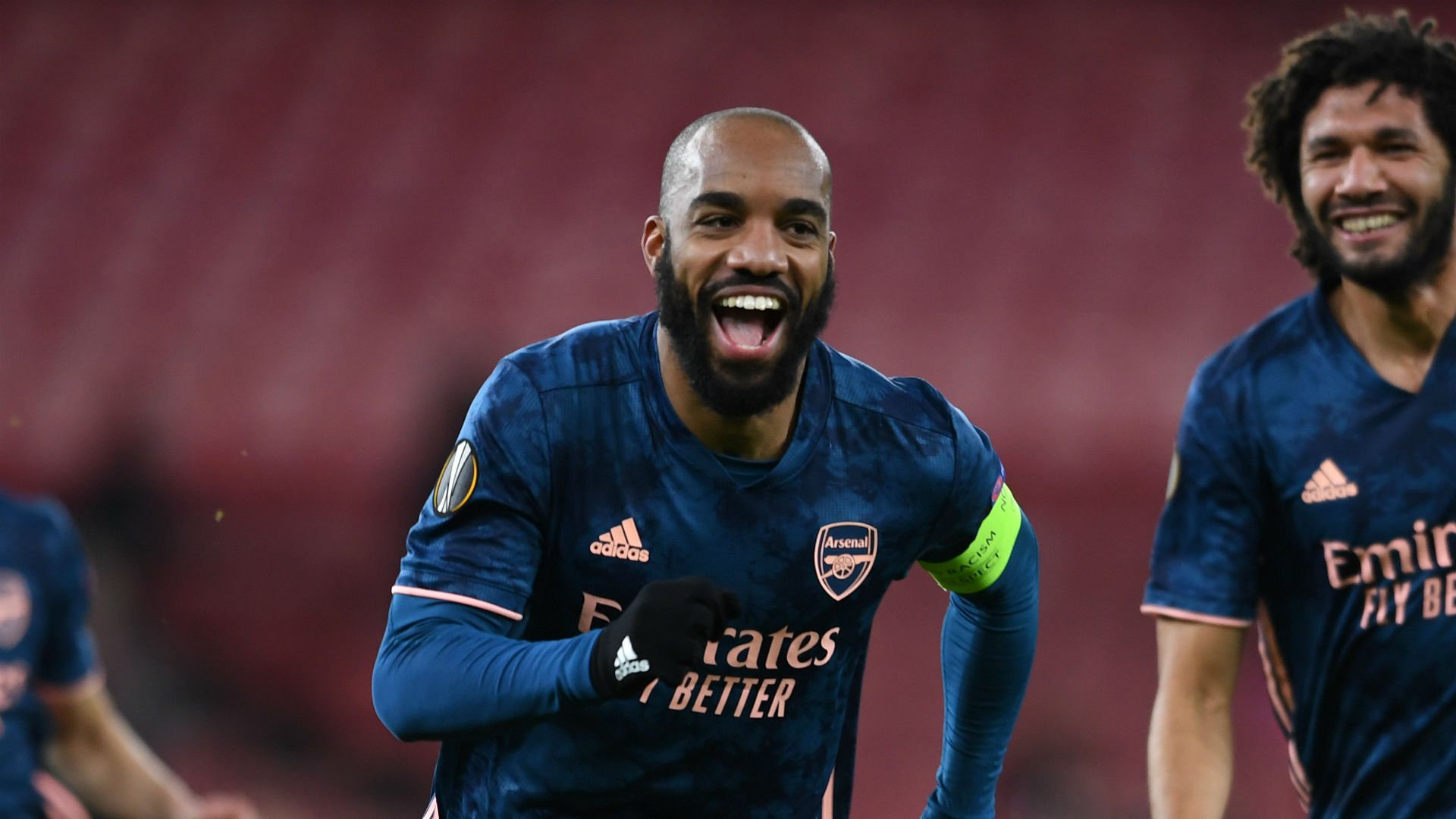 Lacazette hails the fans for their support after victory over Wimbledon in the Carabao cup.

Arsenal striker Alexandre Lacazette says the win over Wimbledon in the Carabao cup was for the fans.

The Gunners won 6-0 in their first game of the competition and now trashed Wimbledon in the second game.

Arsenal have had loads of poor performance in the Premier League this season and most fans have been disappointed.

While speaking with the media after the game Lacazette, who captained the team in the competition hails the fans for their support.

“Honestly I was surprised to see that many fans tonight for the game,” Lacazette told Arsenal Media. “We are happy and we enjoy it when they are there.

“We missed them a lot during the pandemic so now that they are here, we have to give back the confidence that they give us.

“Honestly we want to go as far as we can in this competition, we want to win, in this kind of game we have to make it easy.

“I think we should do it earlier but at the end we have to say they (Wimbledon) played well but we are happy with our performance.

“All the players needed some minutes because obviously we don’t have as many games this season so when we have a game like this we just want to perform well and enjoy it on the pitch together.”