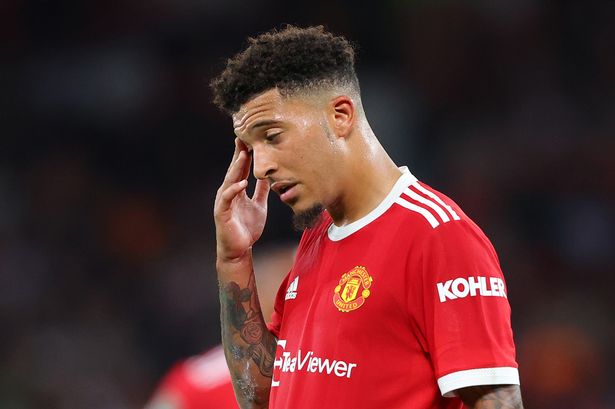 Paul Ince didn’t take it likely as he attack Jesse Lingard and Anthony Martial while speaking with the media.

Sancho was regarded as one of the best forwards in Bundesliga before making his move to the Old Trafford side in the summer.

The former Borussia Dortmund player has found it difficult settle with his new side as he as only made 2 appearances in the Premier League this season.

Paul Ince while speaking stated that the young forward needs to learn and stop the tricks and play proper football.

“I get that Sancho is still learning, he’s still young,” Ince told The United Stand.

“But this is not a FIFA game, it’s not all about dribbling and trying to beat two, three, four players or little flicks and that.

“Yeah, it’s nice when they come off but the likes of Sancho and Lingard, all these flicks, just play proper football.”

The former midfielder compared them to young Ryan Giggs in his playing days and how the Wales player played then.

“Honestly, it winds me up! If you watch players like Giggs, they get it and they pass, one-twos and get one-on-one… we just want to keep running with the ball, trying little flicks, little backheels.

“That’s what I saw with Martial, I saw it at times with Lingard and with Sancho and that’s where they need to learn that it’s not all about dribbling. Sometimes you can pass your way through players and get yourself in the box.”