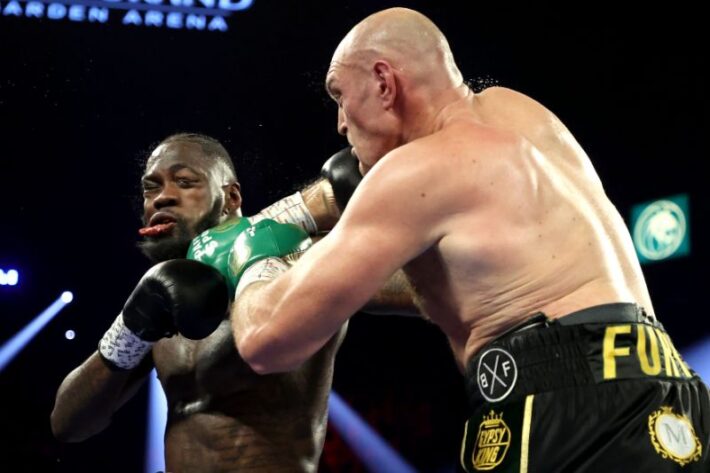 Tyson Fury claims Deontay Wilder is dangerous and can beat both Joshua and Usyk.

British boxer Tyson Fury claims that next challenger Deontay Wilder will defeat anyone in the heavyweight except him.

Anthony Joshua lost his world title to Oleksandr Usyk and Fury who was pissed off with the match says his next challenger Wilder will beat the both of them.

Fury initially stated that he will beat the American boxer the second time again like he did in the first fight.

“I’m going to smash Deontay to bits again just like I did in our second fight. But I’m the only man whose done this and the only one who can do it.”

He added that Wilder is a dangerous boxer and can end someone’s career with a punch in any round.

“He would do the same to Usyk, Joshua and all the others in the heavyweight division. Wilder is the most dangerous heavyweight in the world. One punch from him in anyone round can end your career.”

“I never take any opponent for granted, big or small, and certainly not this one.” 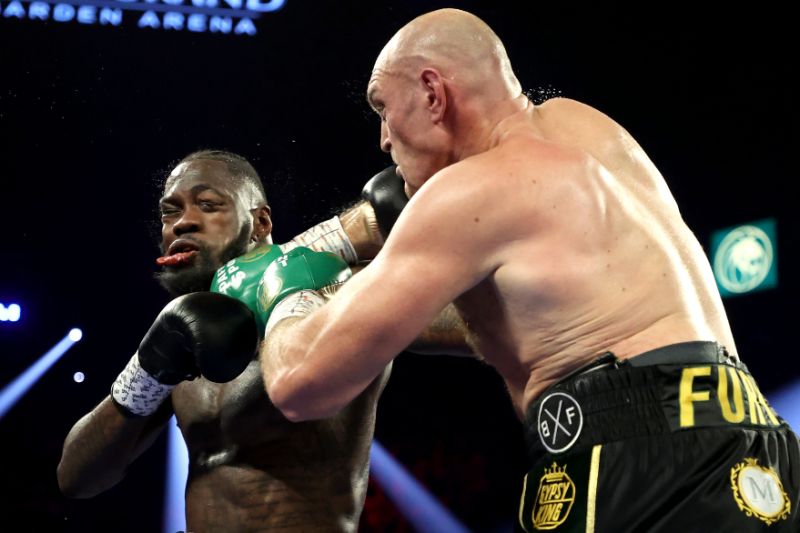