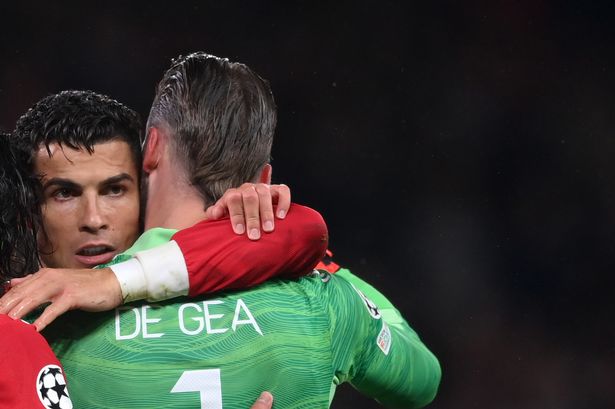 United came back from a goal down in the second half of the game to claim a tough three points.

David De Gea kept his side in a good side as he made incredible safes in the game and Solskjaer praise him for that.

It was a very difficult game against a very good team,” Solskjaer said.

“First half we had lots of possession but they counter-attacked really well, transition attacked quickly and created some big, big moments in the game.

“Thankfully we had the best goalkeeper in the world tonight. David was fantastic. Very happy with his performance.

“Second-half they had more of the ball, it was still open and they deserved to lead.

“Tonight Cristiano of course came up with a good goal and Alex scored a fantastic goal.”

De Gea have endured a difficult summer after they lost the Europa final game with his last penalty saved by Villarreal’s goalkeeper.

The Spaniard went to the Euros but was not utilized by the national team manager.

Asked about De Gea’s impressive performance as his fine start to the season continued, Solskjaer added: “You’re probably right that he had a difficult summer after that (Europa League final).

“Of course he went to the Euros, didn’t play there, but he’s really come back with a determination and a belief and a work rate that I’ve enjoyed… he saved us tonight, we have to be realistic and say that.

“Of course we’ve got two good keepers with Tom (Heaton) and Dean (Henderson) as well, but today David deserves, for me, man of the match.”