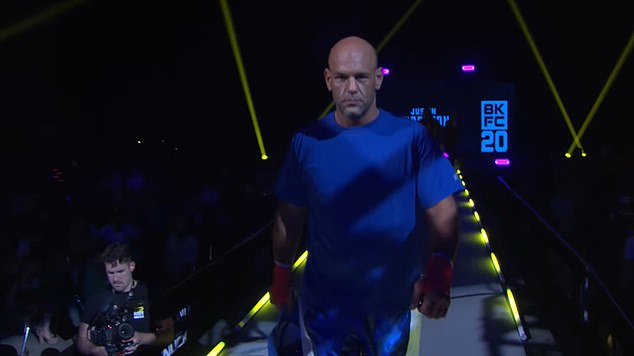 A bare-knuckle fighter Justin Thornton has die following 19 seconds of knockout which left him partially paralyzed.

The 38-years-old was taking part in the Bare-Knuckle Fighting Championship (BKFC) 20 in Biloxi, Mississippi on August 20 when he sustained a brutal KO defeat.

Dillon Cleckler his caught him with a vicious right hook just 19 seconds into the first round, sending him face-first to the canvas before the referee quickly halted proceedings and rushed to his aid.

According to a Facebook page, where a GoFundMe was set up shortly after the fight, Thornton was taken straight to hospital and was partially paralyzed and put on a ventilator for several weeks.

In a statement to MMA Fighting, BKFC president Dave Feldman said. “This morning we were very saddened to be notified of the passing of one of our fighters, Justin Thornton, who competed at BKFC 20 on August 20, 2021.

“We join the rest of the combat sports community in sending our deepest condolences to his family and loved ones.”