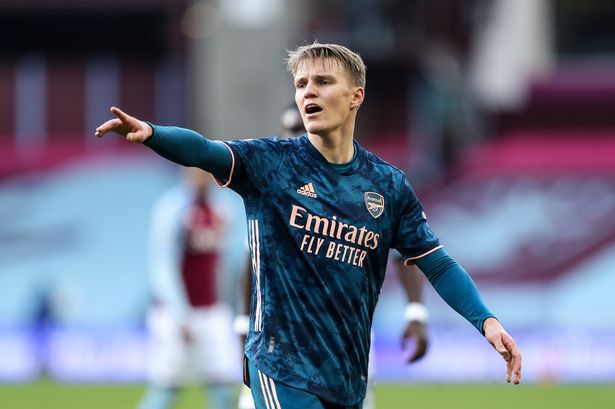 Odegaard admits it was tough for him at Real Madrid.

Arsenal midfielder Martin Odegaard has revealed that it was tough to fit in a Real Madrid dressing room but admit he is happy at Arsenal.

The Norwegian made a £30million permanent switch to the Gunners after impressing on loan last season, bringing a six-year stint in the Spanish capital to an end.

“There were many tough periods both with the first team and the second team (at Real)”, Odegaard said.

He added that he learnt a lot from stars at Real Madrid then but insists it was difficult to make friends.

“But being around the best made me stronger. I feel that I have grown thanks to Madrid and I have learned from players like (Sergio) Ramos and Cristiano (Ronaldo).

“When you are at the highest level, it is not as easy to make friends and that kind of thing. At least not when you are young and come from somewhere else.

“I came from a different dressing room culture and it is not easy to fit into a changing room [like the one at Madrid].

“It was difficult but it is something that has made me stronger and I am happy to have experienced it.

“I would say there is a big difference. I am very happy at Arsenal. There is a very nice dressing room.”