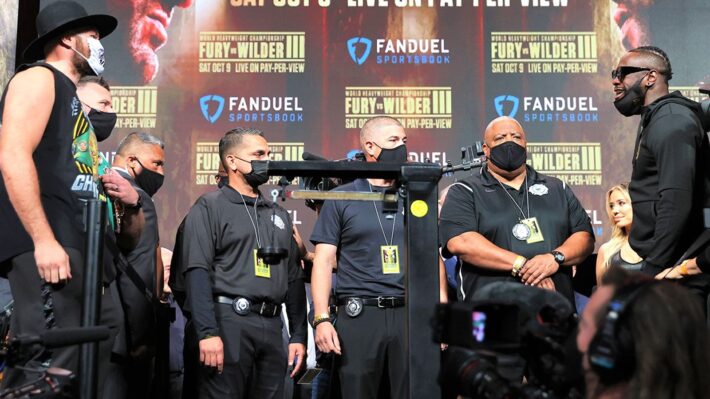 Fury and Wilder weigh more than they have in their career ahead of third fight.

Tyson Fury and Deontay Wilder have weigh the heaviest they have in their career so far as they prepare to fight in Las Vegas.

On the other hand, Wilder came in at 17st (238lbs), an extra seven pounds since his seventh-round stoppage loss.

Asked about the extra weight, Fury said: “It means total obliteration of a dosser.

“Total annihilation. That’s what it means to me.”

Wilder insists that his extra weigh would help him cope with the physical challenge posed by Fury’s superior size.

“I’m bench pressing a little over 350[lbs], so whatever his weight comes in, I can lay on my back and lift him.

“It won’t be none of that rushing me and putting all his weight on me, and different things like that. But most of all, we just want to have fun.” 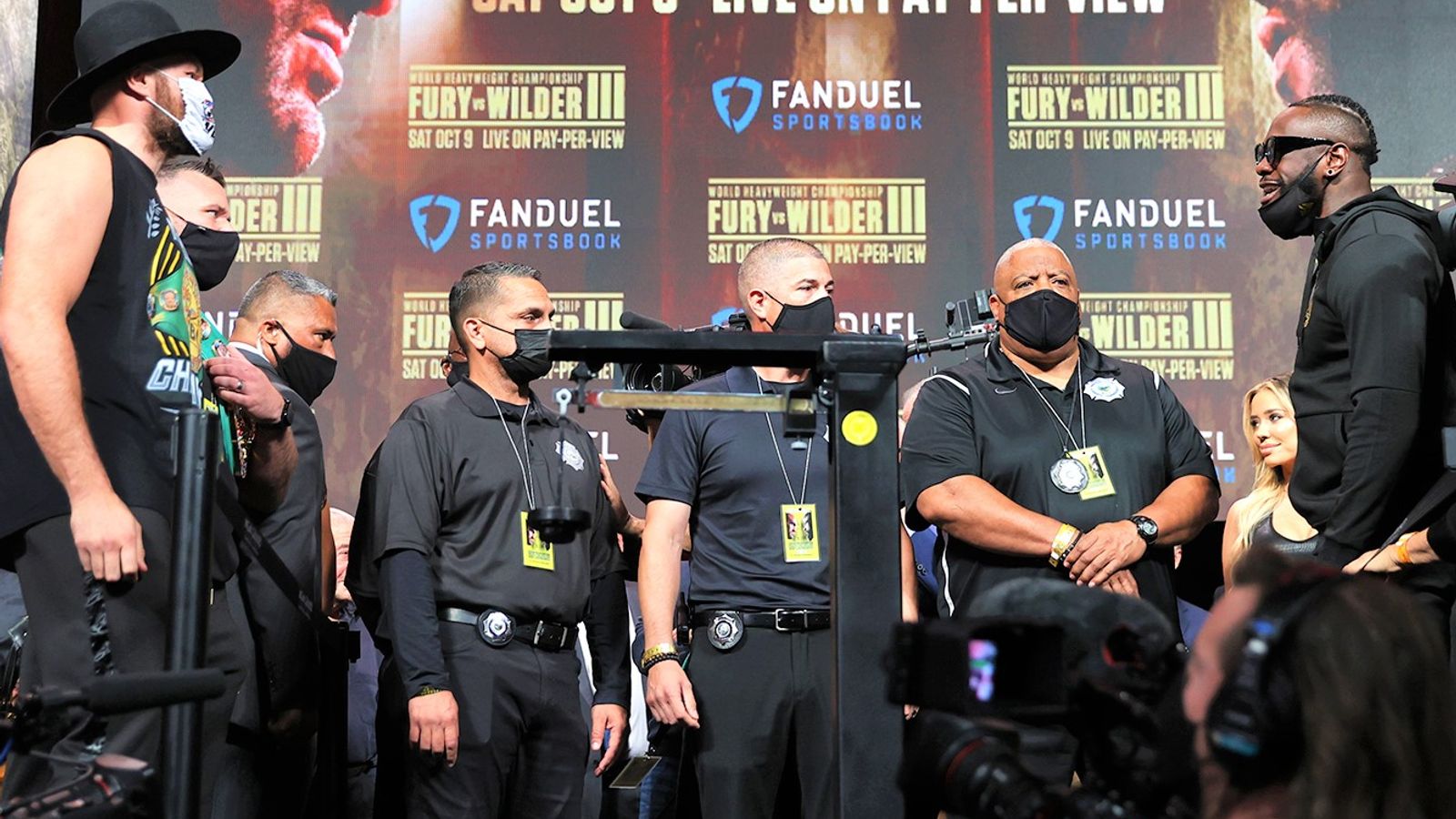