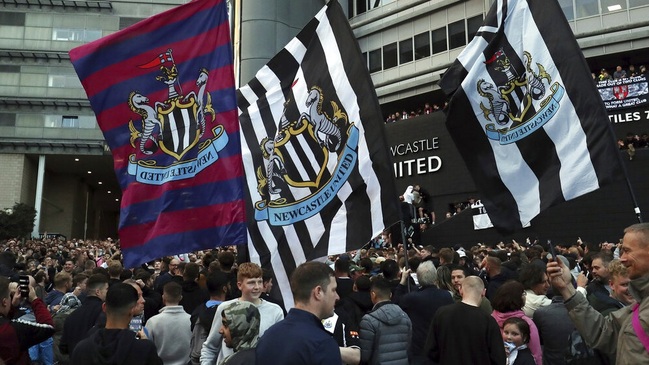 Its no news that the Magpies owner are the richest club in the world and they are ready to raid clubs for their stars.

Newcastle have been linked with the likes of Paris Saint Germain Kylian Mbappe and Borussia Dortmund Erling Haaland.

But Rio Ferdinand believes that Newcastle should focus more on players that are near to them in England.

He stated that they should get players like Man United Jesse Lingard, West Ham Declan Rice and also Man City Reheem Sterling.

While speaking on his youtube show Ferdinand said: “I’d be going to try and make like a mad couple of signings, like huge, that I think would be gettable.”

“Them two would be the first two on my list, and I’d go all out to go and get them. And then I’d be trying to get people like Jesse Lingard, who’s in and around the Man United squad.’

“It’s unrealistic until you ask the question. I’d be going out there to get answers from these types of players and then you work your way down your list.”