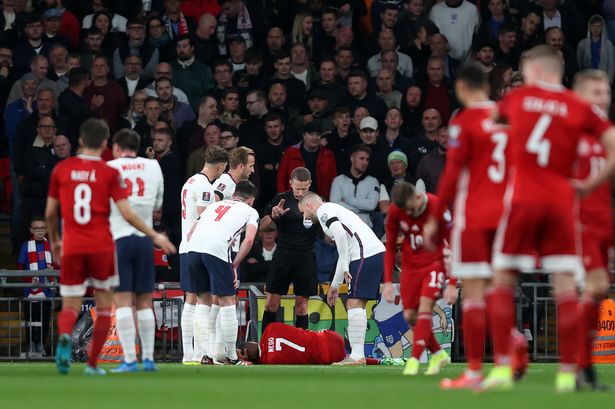 England midfielder Declan Rice insists that the penalty decision given against them against Hungary was a wrong decision.

Rice stated that it was normal to penalize when the foot is high but claims the way the opponent went down was ridiculous.

The Three Lions were unable to get a winner in the game despite their attacking threat and Rice admits it was a poor performance from them.

“You can say it [performance] was poor because we drew the game, but we dominated. It was a silly penalty to give away, but it was good to get back into the game. We had to keep our heads, had to keep playing, we just couldn’t find that killer touch at the end to get the win,” He added.

The West Ham midfielder hails Hungary’s performance in the game as he claims they are getting better.

He further stated that they did everything possible to win the game but their attackers were unable to find the killer touch in the game.

“Sometimes you have to give credit to how hard the opposition are. Hungary were much better than they were when we played them away.

“They were really tight, really compact, worked really hard and when you’re playing against low blocks, it’s hard for our attacking players to create stuff, but I still think we did enough to win the game.”