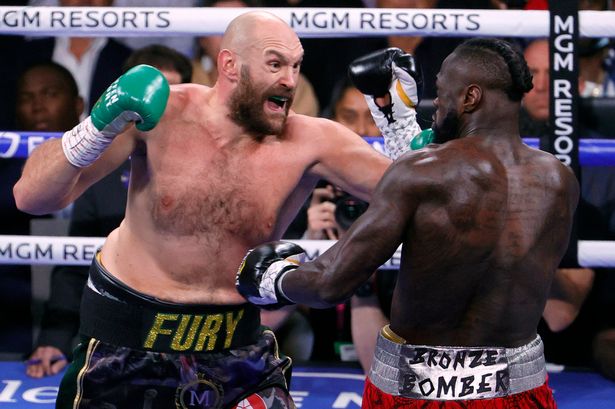 Tyson Fury hints at retiring from boxing after knocking out Deontay Wilder.

Tyson Fury hint at hanging up gloves after his epic fight with American boxer Deontay Wilder.

Fury retains his belt after knocking out Wilder in the 11th round of the fight in Las Vegas.

The Gypsy king next opponent is yet to be decided but he hinted that he might retire from boxing after achieving his goals.

He told the Telegraph: “I don’t know what’s going to happen. I’ve got one fight left on my contract with Top Rank and ESPN and we’ll see what that is.

“I am motivated to get up in the morning do a little bit of training, and enjoy my day. I don’t have any goals in boxing, I have done everything and won everything, the only one to do it in my era.

“I will always have been the WBC, WBA, WBO, IBF, Ring magazine champion, that will not evaporate in history, but once it is done, it is done and you cannot get it back.

“Once you are done, it doesn’t matter how many belts you have, who you beat, what your record is. You are just another bare bum in the shower and I have always had that opinion.”