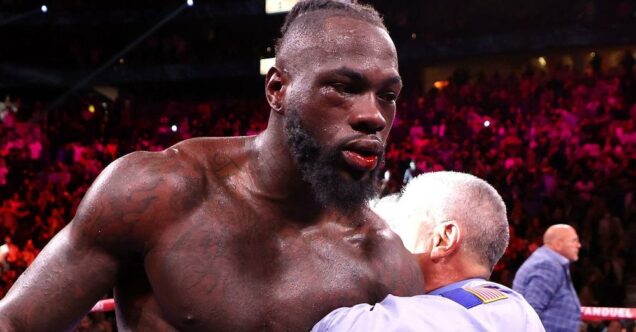 American boxer Deontay Wilder will undergo surgery after he was knocked out by British boxer Tyson Fury.

It was reported that Wilder sustained injury after the fight and he will out for 6 months after Nevada state athletic handed him medical suspension.

Wilder hoped to reclaim his belt in the third fight against Fury but was unable to do so despite putting the Gypsy king on the floor twice in the fourth round.

“He has to have surgery, the knuckle is OK, it’s the bone behind the knuckle that broke. He’s sore but he was OK, he was home yesterday.

“He’s healing and at this point, if everything is OK, after the hand surgery he’ll probably look to enter the ring mid next year, like April or May.”

Meanwhile, Wilder’s head trainer, Malik Scott, insists his fighter has no plans to retire following his second defeat to Fury.

“Deontay has set his family financially secure so he doesn’t have to fight to make a living,’ Scott told iFL TV.

“But retiring is not in his plans at all and not something we’ve discussed.”