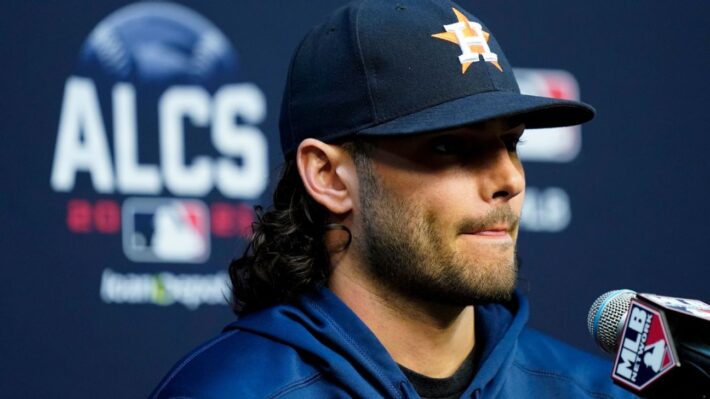 Lance McCullers insists to be helpful to his team mate despite been sidelined with injury.

Astros ace Lance McCullers Jr. insists on helping the rest of his team in its matchup with the Red Sox after been sidelined with injury.

McCullers wants to be useful for the team despite not available to represent has he claims he will help the guys with scouting reports, watching the game and admits he can be there for them in one way.

“It’s been a tough couple of days, but I can help lead this team in more ways than just pitching,” McCullers said before the team’s 9-5 Game 2 loss on Saturday.

“Help the guys with the scouting reports, watching the game, trying to pick up on what I can. I can be there for them in more ways than one.”

“I want to be out there,” he said. “I feel like in a way I’ve kind of let the guys down. I know I can’t do anything about it, but it feels that way to me.”

McCullers was left off Houston’s ALCS roster because of a flexor pronator muscle strain in his right arm.

He said he felt something in his arm when he threw a slider to Gavin Sheets with two outs in the fourth in that game.

McCullers was able to finish the inning, but knew something wasn’t right after leaving the game.

McCullers was feeling better on Saturday but still isn’t able to throw. His availability for the World Series, should the Astros advance, is unclear.

“We’re just going to have to see how I progress, see how I’m feeling over the next couple of days,” he said.

“We’re fighting against time a little bit. I’ve got to be able to throw before I just pitch in a game. So today is a better day than yesterday was, and so hopefully those days keep adding up and we can see where I’m at.” 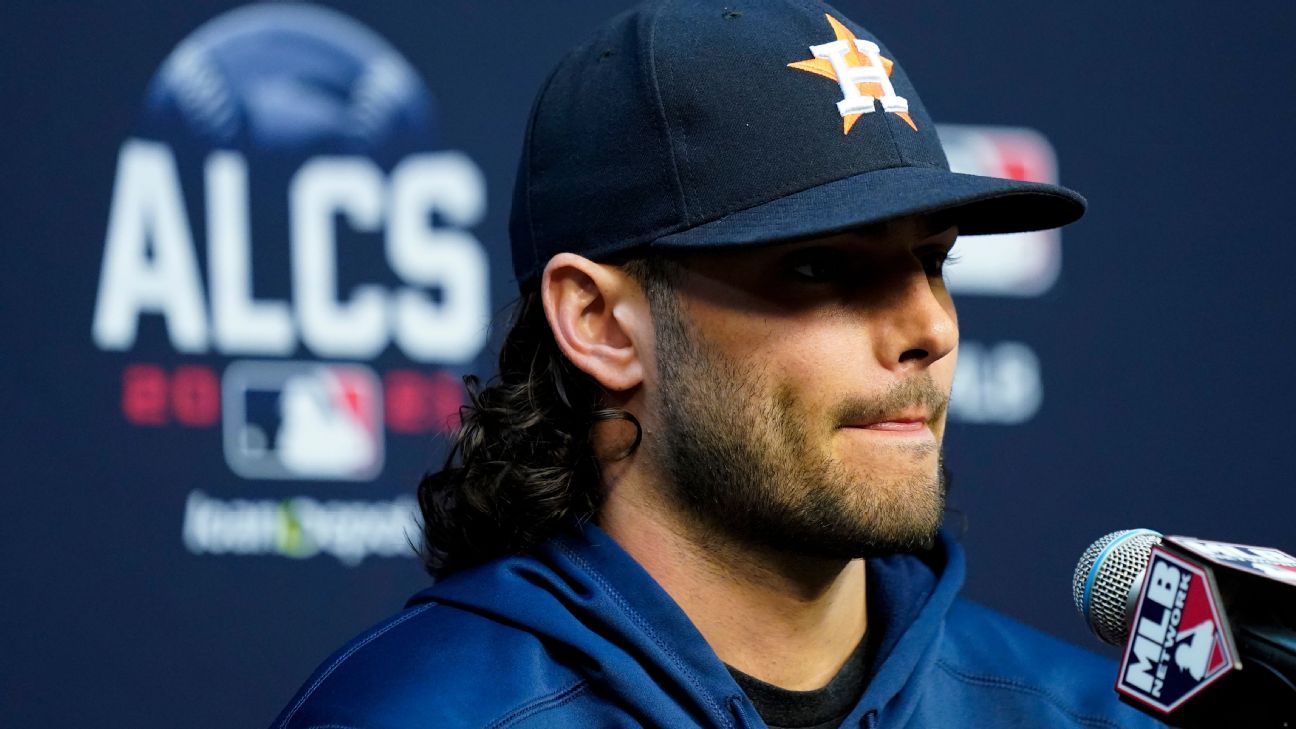